Fires and fighting were the "flowers of Edo", Edo no Hana. 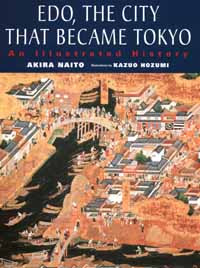 From 1603 to 1868, the city of Edo was the seat of power of the Tokugawa shogunate and the political center of Japan. In 1868 the city was renamed Tokyo and made the official capital of the nation. Both literally and figuratively, present-day Tokyo rests upon the foundations of Edo, and much of what is now thought of as traditional Japanese culture (woodblock prints, kabuki, sumo, haiku poetry) found its final form in Edo. In this book, through over 200 black and white drawings and an insightful text, old Edo is brought vividly to life—its planning, its construction, and the cultural energy that made it one of the most exciting, and populous, cities on the face of the earth. 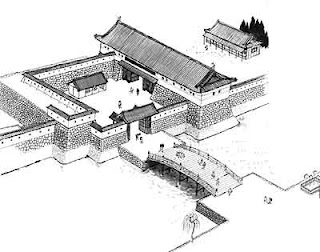 
Edo was nothing more than a village on the edge of Edo Bay when Ieyasu Tokugawa chose it as the site for a castle from which he, as shogun, could administer the country. The castle was of utmost importance because Japan had just emerged from a hundred years of civil war, and Ieyasu was determined that the power he had gained should not be wrested from him by antagonistic warlords.

The castle, of course, had to be supplied with the necessities of everyday life, and thus a town had to be built where merchants and artisans could live. It is the planning and construction of Edo Castle and the town that would support it that lie at the core of this book. In fact, the construction of the city would be an ongoing process throughout its –year history, in the wake of repeated devastation by fire and earthquake and under the pressure of an ever-expanding population.

. . . Quarters of the Townspeople

Another aspect of the book concerns Edo's cultural life, which moved over time from classical conventions dominated by the samurai to the more popular and lively forms favored by the merchants and artisans. Featured here are temples and shrines, festivals, bath houses, pleasure quarters, kabuki theaters, street gangs, the poet Basho, sumo wrestling, side shows, ukiyo-e prints, barbers, and much more.
source : kodansha-intl.com/books/

Hi there!
My name is Edoreki Gakushimaru,
and I live in the city of Edo (you probably call my city "Tokyo" -- that's the modern name for Edo). I'd like to take you on a trip through my city, to see what it was like when it was still ruled by the Shogun, when samurai walked the streets, accompanied by beautiful women wearing silk kimono. There are lots of sights to see and plenty to learn about ancient Japan. But first, you have to travel back in time about 200 years.
Are you ready? 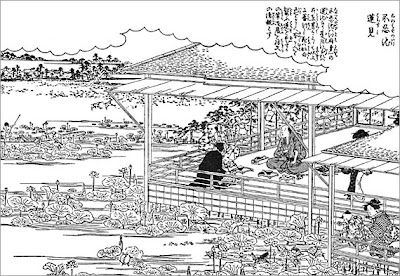 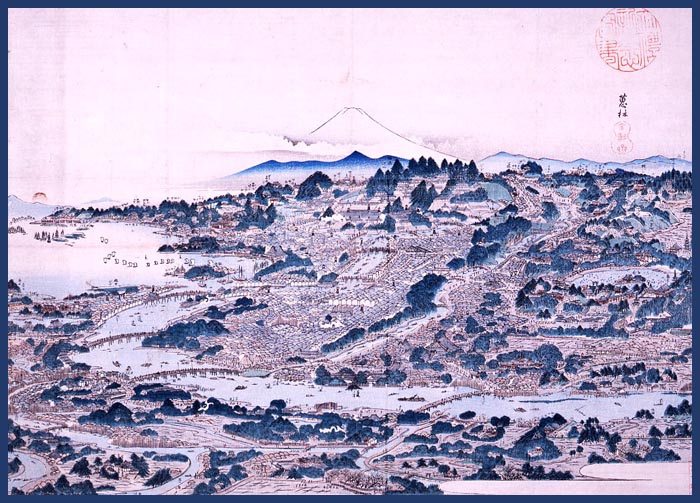 Email ThisBlogThis!Share to TwitterShare to FacebookShare to Pinterest
Labels: - - - A - Introduction