The History of Edo 江戸の歴史 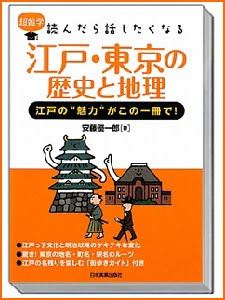 Tokugawa Ieyasu was the most powerful man in Japan after Hideyoshi had died in 1598. Against his promises he did not respect Hideyoshi's successor Hideyori because he wanted to become the absolute ruler of Japan.

In the battle of Sekigahara in 1600, Ieyasu defeated the Hideyori loyalists and other Western rivals. Hence, he achieved almost unlimited power and wealth. In 1603, Ieyasu was appointed Shogun by the emperor and established his government in Edo (Tokyo). The Tokugawa shoguns continued to rule Japan for a remarkable 250 years.

Ieyasu brought the whole country under tight control. He cleverly redistributed the gained land among the daimyo: more loyal vassals (the ones who supported him already before Sekigahara) received strategically more important domains accordingly. Every daimyo was also required to spend every second year in Edo. This meant a huge financial burden for the daimyo and moderated his power at home.

Ieyasu continued to promote foreign trade. He established relations with the English and the Dutch. On the other hand, he enforced the suppression and persecution of Christianity from 1614 on.

After the destruction of the Toyotomi clan in 1615 when Ieyasu captured Osaka Castle, he and his successors had practically no rivals anymore, and peace prevailed throughout the Edo period. Therefore, the warriors (samurai) were educating themselves not only in the martial arts but also in literature, philosophy and the arts, e.g. the tea ceremony.

In 1633, shogun Iemitsu forbade travelling abroad and almost completely isolated Japan in 1639 by reducing the contacts to the outside world to very limited trade relations with China and the Netherlands in the port of Nagasaki. In addition, all foreign books were banned.

Despite the isolation, domestic trade and agricultural production continued to improve. During the Edo period and especially during the Genroku era (1688 - 1703), popular culture flourished. New art forms like kabuki and ukiyo-e became very popular especially among the townspeople.

The most important philosophy of Tokugawa Japan was Neo-Confucianism, stressing the importance of morals, education and hierarchical order in the government and society: A strict four class system existed during the Edo period: at the top of the social hierarchy stood the samurai, followed by the peasants, artisans and merchants. The members of the four classes were not allowed to change their social status. Outcasts, people with professions that were considered impure, formed a fifth class.

Even though the Tokugawa government remained quite stable over several centuries, its position was steadily declining for several reasons: A steady worsening of the financial situation of the government led to higher taxes and riots among the farm population. In addition, Japan regularly experienced natural disasters and years of famine that caused riots and further financial problems for the central government and the daimyo. The social hierarchy began to break down as the merchant class grew increasingly powerful while some samurai became financially dependent of them. In the second half of the era, corruption, incompetence and a decline of morals within the government caused further problems.

In the end of the 18th century, external pressure started to be an increasingly important issue, when the Russians first tried to establish trade contacts with Japan without success. They were followed by other European nations and the Americans in the 19th century. It was eventually Commodore Perry in 1853 and again in 1854 who forced the Tokugawa government to open a limited number of ports for international trade. However, the trade remained very limited until the Meiji restoration in 1868.

All factors combined, the anti-government feelings were growing and caused other movements such as the demand for the restoration of imperial power and anti western feelings, especially among ultra-conservative samurai in increasingly independently acting domains such as Choshu and Satsuma. Many people, however, soon recognized the big advantages of the Western nations in science and military, and favoured a complete opening to the world. Finally, also the conservatives recognized this fact after being confronted with Western warships in several incidents.

In 1867-68, the Tokugawa government fell because of heavy political pressure, and the power of Emperor Meiji was restored.
source : www.japan-guide.com