kawaraban uri かわら版売り vendor of a kawaraban
They read out the headline and part of the contents, then tried to sell their paper.

The newspaper of the Edo period - - - 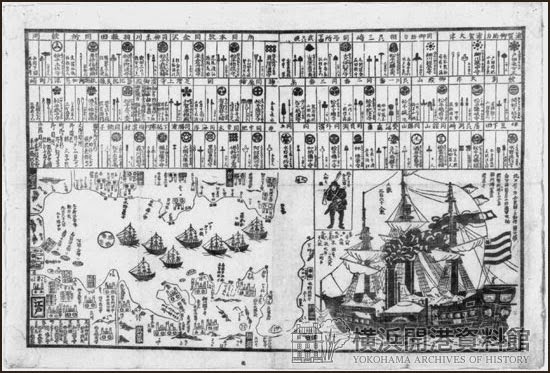 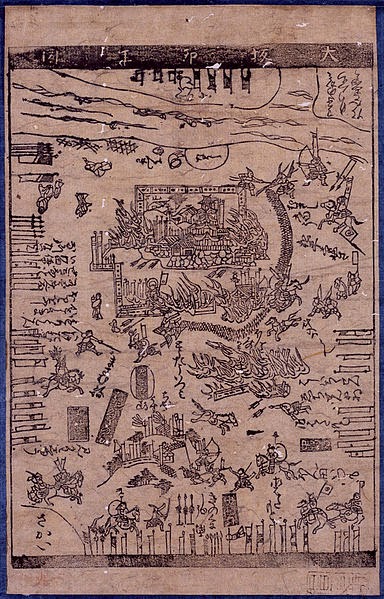 One of the first kawaraban ever printed, depicting the fall of Osaka Castle, 17th century

Japanese newspapers began in the 17th century as yomiuri (読売、literally "to read and sell") or
kawaraban (瓦版, literally "tile-block printing" referring to the use of clay printing blocks), which were printed handbills sold in major cities to commemorate major social gatherings or events.
© More in the WIKIPEDIA !


- quote
A broadside is a large sheet of paper printed on one side only. Historically, broadsides were posters, announcing events or proclamations, or simply advertisements. Today, broadside printing is done by many smaller printers and publishers as a fine art variant, with poems often being available as broadsides, intended to be framed and hung on the wall.
© More in the WIKIPEDIA !

- quote
About Kawaraban
by Anna Wada

According to scholars, kawaraban have particular features:

The prints appeared in various formats and sizes, but were printed in large quantities on cheap paper to keep costs down. As the material indicates, the prints were meant for short-term enjoyment rather than for preservation, although journals containing carefully pasted kawaraban with personal commentary have also been discovered. Scholars believe that the term “kawaraban” had been used from the late Edo period, but don’t know why this term was chosen. The term“Kawara” points to rooftiles, so some surmise that publishers cut production costs by carving rooftiles into printing plates instead of using wood. But the details of the prints show that most of them were made using woodblock printing. So, the term may have been a joke — the printing was so bad, it looked like printers used roof tiles.

The kawaraban took up a range of topics, including natural disasters, superstitious happenings, murders, and less commonly, political satire. Printers chose topics more to entertain and satisfy the readers’ curiosity than to educate them. Visual components such as illustrations, diagrams, and maps attracted the people to the print and helped them to understand the text, as well as sometimes offering additional information.

Throughout the Edo period the shogunate repeatedly restricted printing for a mass audience, particularly seeking to avoid rumors and political commentary. By the time the Black Ships arrived at the end of the Edo period, however, the system of censorship could not keep up with the number of prints in circulation. The increase in publications coincided with the spread of literacy in both urban and rural areas.

Ordinary people’s desire to gain access to information, and to take part in the shaping of public opinion, may have helped kawaraban to proliferate. Through kawaraban, people could determine whether an event may threaten their daily lives, consider political change, or learn about economic opportunities. At the same time, the prints retained their role as entertainment and satire. As illegally distributed news material, the truthfulness of the kawaraban is difficult to measure. The value of kawaraban to historians lies not only in their presentation of information, but in giving us a sense of what publishers deemed popular or what sparked the curiosity of the public.

Kawaraban on the arrival of Perry


- quote
Encounters: Facing “West”
... There was, moreover, no counterpart on the Japanese side to the official artists employed by Perry—and thus no Japanese attempt to create a sustained visual (or written) narrative of these momentous interactions. What we have instead are representations by a variety of artists, most of whose names are unknown. Their artistic conventions differed from those of the Westerners. Their works were reproduced and disseminated not as lithographs and engravings or fine-line woodcuts, but largely as brightly colored woodblock prints as well as black-and-white broadsheets (kawaraban). 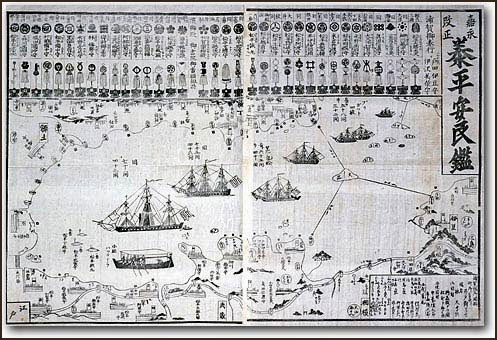 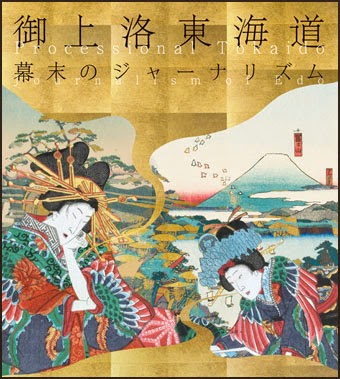 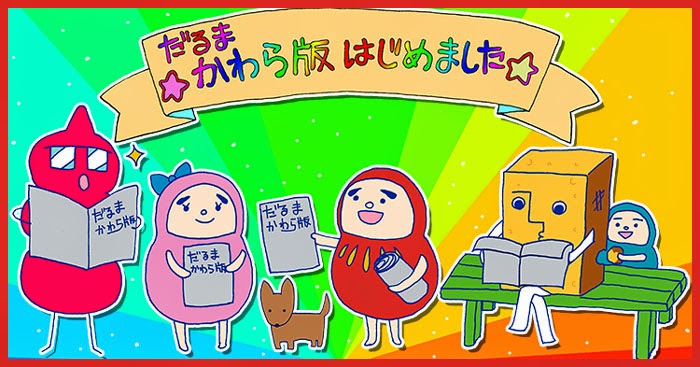 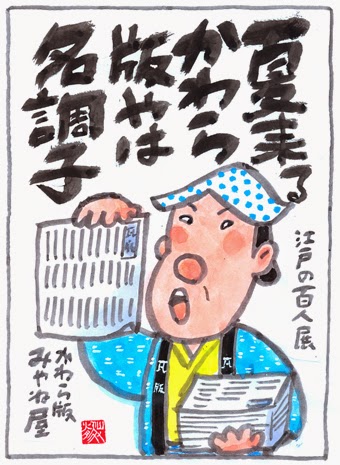 the yomiuri vendor
eats his rice
with just one chopstick

He made his living by selling the papers, hitting it with his fan (like one chopstick) to draw attention to the headline. 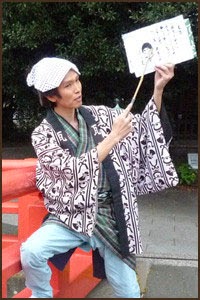 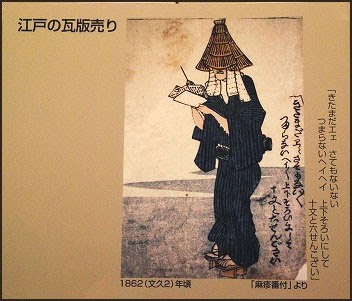 Origins of Typography
-- Resources for the study of non-western origins of moveable type.

Some other titles, all volumes are generously illustrated:

Frances Wood and and Mark Barnard, The Diamond Sutra: The Story of the World's Earliest Dated Printed Book, London: The British Library, 2010
§ On the start of book printing in China in the 8th century.

A LONG page with information in Japanese