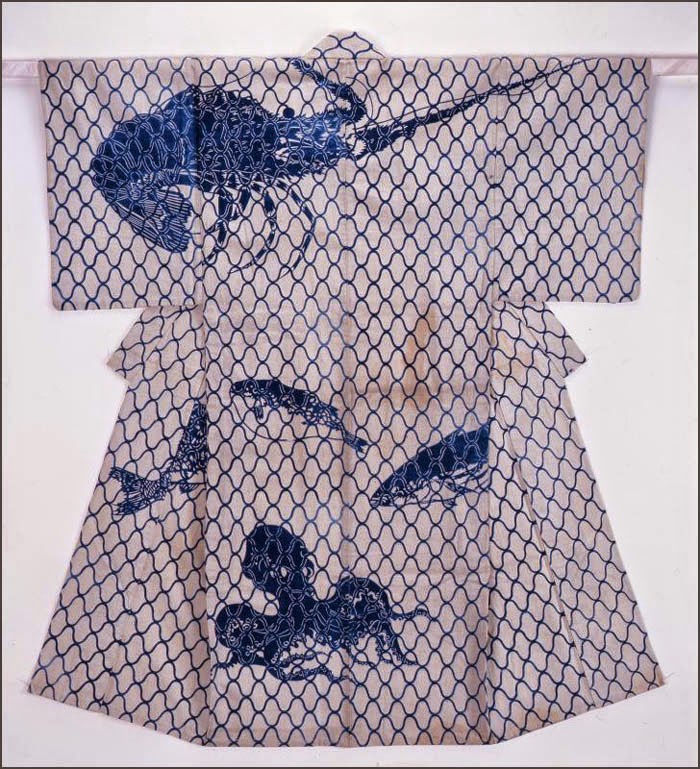 
江戸時代の浴衣スタイルは粋そのもの - Edo no IKI - the Chic of Edo 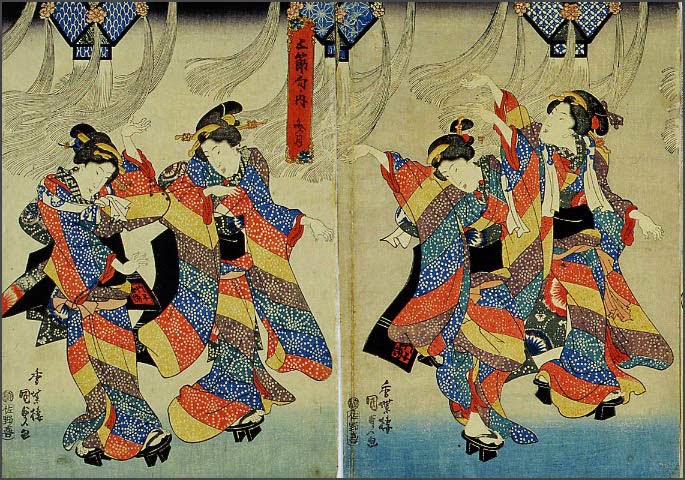 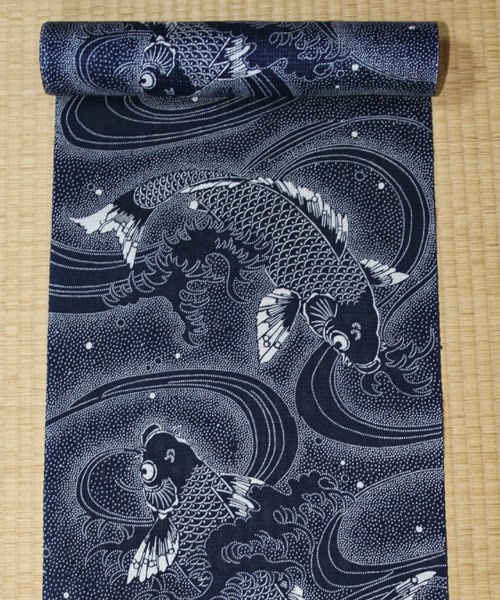 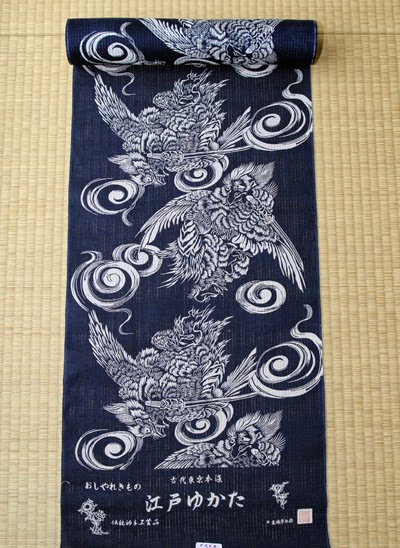 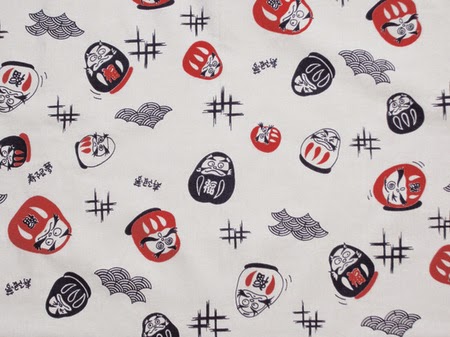 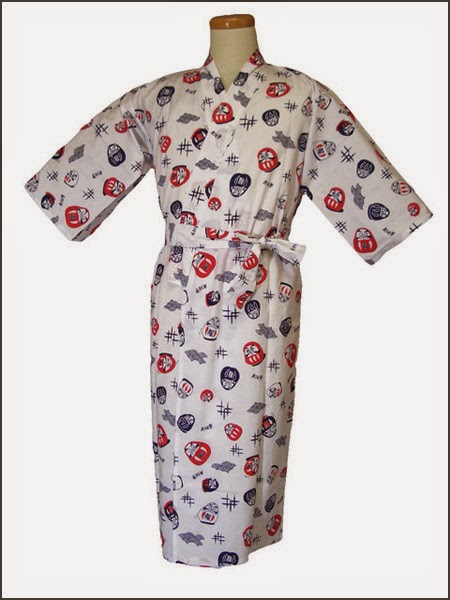 - quote
A yukata (浴衣) is a Japanese garment, a casual summer kimono usually made of cotton or synthetic fabric, and unlined. Yukata are worn by both men and women. Like other forms of traditional Japanese clothing, yukata are made with straight seams and wide sleeves. Men's yukata are distinguished by the shorter sleeve extension of approximately 10cm from the armpit seam, compared to the longer 20cm sleeve extension in women's yukata. A standard yukata ensemble consists of a cotton undergarment (juban), yukata, obi, bare feet, sandals (geta), a foldable or fixed hand fan, and a carry bag (kinchaku). Kinchaku are used by both men and women to carry cellphones, sunglasses, wallets and tissue. For men, an optional hat or derby may also be worn to protect the head from the sun. Yukata literally means bath(ing) clothes, although their use is not limited to after-bath wear. Yukata are a common sight in Japan during the hot summer months.

Traditionally yukata were mostly made of indigo-dyed cotton but today a wide variety of colors and designs are available. As with kimono, the general rule with yukata is that younger people wear bright, vivid colors and bold patterns, while older people wear dark, matured colors and dull patterns. A child may wear a multicolored print and a young woman may wear a floral print, while an older woman would confine herself to a traditional dark blue with geometric patterns. Men in general may wear solid dark colors. Since the late 1990s, yukata have experienced a revival.

Yukata are worn at outdoor summer events such as hanabi (fireworks) displays and bon-odori festivals. Yukata are also worn at Japanese inns ryokan after bathing.

The left side of the yukata is wrapped over the right side (commonly reversed with right over left when dressing a body for a funeral) and secured with an obi sash tied in a bow with the excess or with the koshi-himo and traditionally the bow is placed in the back. Traditionally bows in the front represented a prostitute. In private, such as after a bath, the yukata may be simply belted. Yukata are often worn with wooden sandals called geta, but tabi are not usually worn.
- source : wikipedia 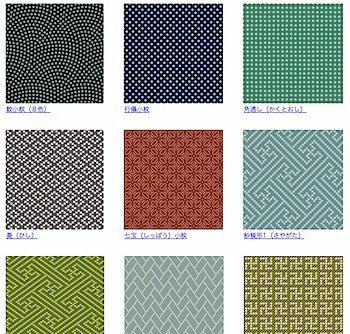 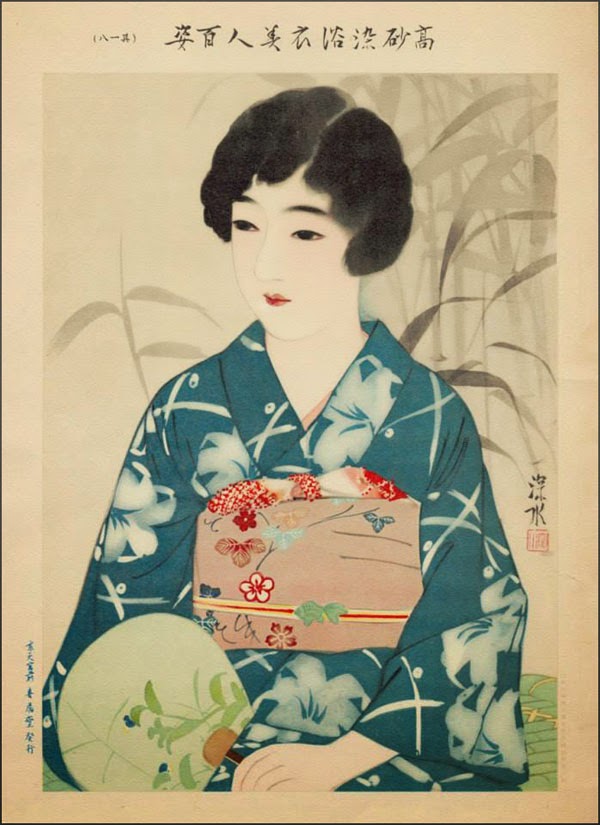 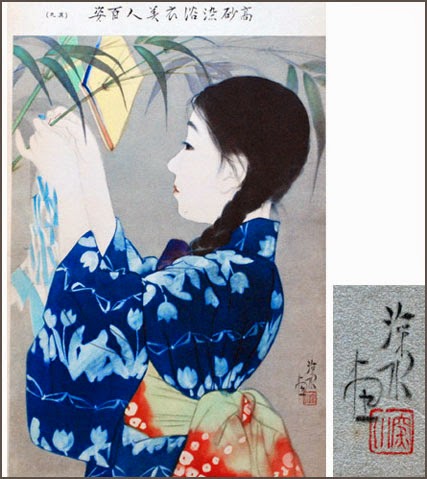 
100 Figures of beauties wearing Takasago Yukata 高砂染浴衣美人百姿
Takasagozome was a speciality of the Himeji domain during the mid-Edo period until earlyl Showa, using the auspicious motives of pine, bamboo and plums of the local Takasgo legend and the Aioi no Matsu pine.
It was a delicate dyeing method, its yukata were presented to the Shogun in Edo and later to Meiji emperor.


- quote
Shinsui Itō (4 February 1898 – 8 May 1972), was the pseudonym of a Nihonga painter and ukiyo-e woodblock print artist in Taishō and Shōwa period Japan. He was one of the great names of the shin-hanga art movement, which revitalized the traditional art after it began to decline with the advent of photography in the early 20th century.
His real name was Hajime Itō (Japanese: 伊東 一).
© More in the WIKIPEDIA !

Traditional Technologies and Techniques
1- Handmade Japanese paper is treated with a preparation of persimmon juice and matched with a backing paper in order to become stencil paper; designs are cut using separate but similar backing paper (These designs are then overlaid the stencil paper for stenciling).
2- The application of stencils to textiles is carried out by hand.
3 - Dyeing is done by hand using a unique technique called chusen (in which the dye is poured). 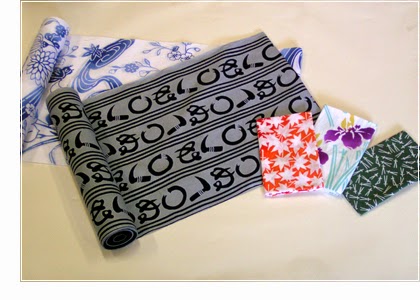 ■History and Characteristics
As a term, "yukata" ("bathing clothing") was featured in the Engishiki ("The Legal Codes of the Engi Era"), a book written in the early Heian Period (around the end of the 8th century). More recently, in 1713 (the third year of the Shotoku Era), "yukata" were discussed in the Wakan Sansai Zue ("The Illustrated Sino-Japanese Encyclopedia"). In this work, there were numerous references to the wearing of unlined kimono during and after bathing.

At around the same time, yokudo (bath houses) were being built by a number of temples as attachments to their facilities.

When using these baths, there were strict rules against the exposure of skin. Thus, bathers made sure to wear simple coverings. These coverings came to be known as yukatabira or meii.

Initially, much of the material used to make yukatabira was white raw silk. However, over time it seems that patterned materials came into use. Moreover, yukatabira came to be known by other names including yugu ("a bathing tool"), minugui ("a cover up"), yumaki ("a bathing wrap") and koshimaki ("a waist wrap").

There were also changes to how such clothing was worn. By the middle of the Edo Period, "yukata" were something worn after rather than during bathing.

At the end of the Shogunate, there were numerous woodblock prints of beauties dressed in "yukata". The imagery of people wearing "yukata" while at public bathhouses became somewhat of a cultural staple.

The development of bathhouses coupled with the "character of the Edokko" (the self-identity of those people born and bred in Edo), contributed to the quality of "yukata" improving over time.

Another factor that cannot be forgotten is the impact of the theater on the "yukata" culture.

In the famous Kabuki play called "Sukeroku" (one of the 18 plays associated with the Ichikawa Danjuro line of actors), the character Kampera Mombei appears on the stage partially-dressed (without an obi belt) in a "yukata" made from white Moka cotton dyed with indigo (the same cotton now being produced in Moka City, Tochigi Prefecture).

In modern times, "yukata" are associated with fairs, festivals, evening breezes, and fireworks, etc., all these elements being imagery that is an integral part of Japanese summer traditions.

Furthermore, it is said that "yukata" only became a normal summer dress item once Japan had entered the Meiji Era (1868-1912).

all kinds of yukata
to celebrate the festivals
of Edo . . .
Tr. Gabi Greve 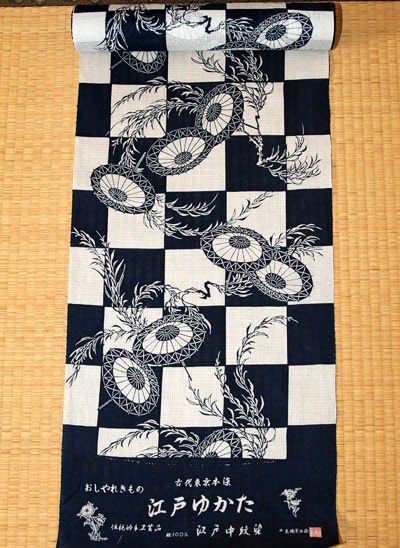