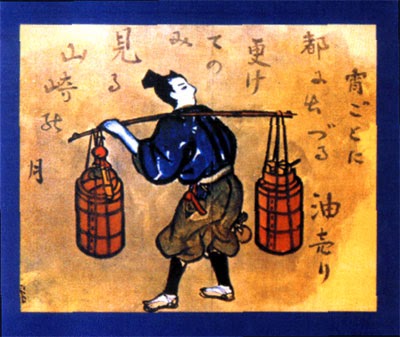 At the temple Enryaku-Ji on Mount Hieizan in Kyoto there is an "eternal flame" and all lanterns are kept alight since more than 1000 years.
The lanters use oil flames for light,
and the oil 油 YU should not be "cut off" 断 DAN,
so the flame could continue to light the temple and show the way to enlightenment for the visitors.


The oil vendor had to make sure he got the right amount to pour into the flask his customer had placed in front of him. This took a long time and so the proverb says:

- quote
In old Japan, there were roadside merchants who specialized in the selling of oil for cooking and other household purposes. Even then, cooking oil was a low-margin commodity. Therefore, this occupation did not provide a very high level of income.

There are no longer roadside oil merchants in Japan, but the phrase abura o uru has become a metaphor for any low-value-added activity. The expression usually refers to office workers who putter about doing meaningless tasks, or spend too much time at the coffee machine or in the smoking area.
- source : www.japanese123.com 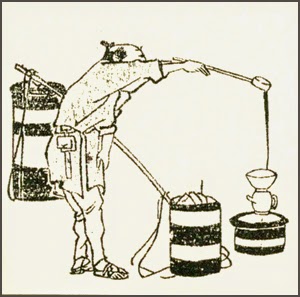 He carried two barrels with oil on his pole. The barrels were laced with copper in the inside.

The most common was rapeseed oil for lamps (tane abura 種油）.

Egoma oil 荏胡麻油 / 荏油 was used for lighting up the Imperial Court, shrines and temples. Then gradually it spread and come to used by the general public.

Tsubaki abura 椿油 camellia oil was used for the beauty care of the ladies.

When dispensing oil, the vendors got their hands dirty and had to carry some straw to wipe the hands clean. 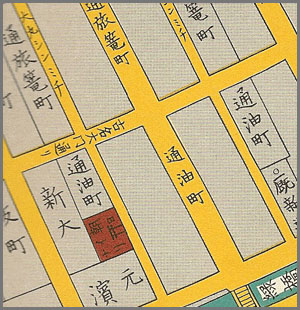 Many shops of the oil vendors were located in this district, now part of Nihonbashi, Ōdenma-chō district.
In the nearby districts were many lodgings and oil sold well for lamps and lanterns, since travelers used to leave the lodging at 4 in the morning, when it was still dark outside. 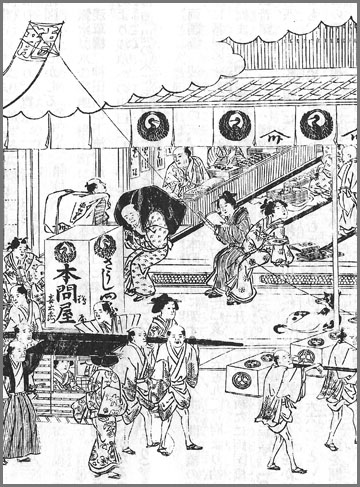 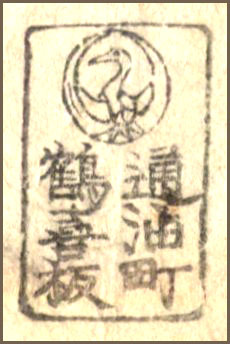 In the late Edo period, Ukiyo-e (woodblock prints of everyday life in the Edo period) produced in Edo were known as "Nishiki-e" (brocade pictures) on account of their bountiful colors, and were extremely popular Edo miyage (Edo souvenirs). Ukiyo-e were sold by publishers called jihon-donya or ezoshi-ya who handled unique Edo books, and they contributed significantly to the development of Edo culture. This picture shows the front of the Tōriabura-chō branch shop of Tsuruya Kiemon, a publisher whose main shop was located in Kyoto. Their Edo branch operated as both a shomotsu-donya (publishers of regular books) and a jihon-donya.
- source : library.metro.tokyo.jp - 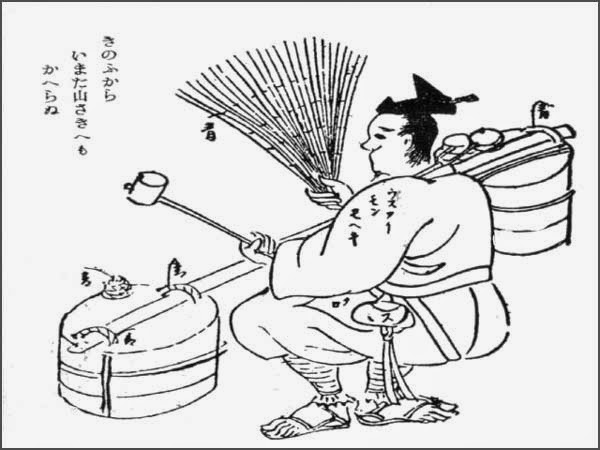 to be put under a portable room lantern (andon 行燈). They were frequently used in every household until the electric light took over. 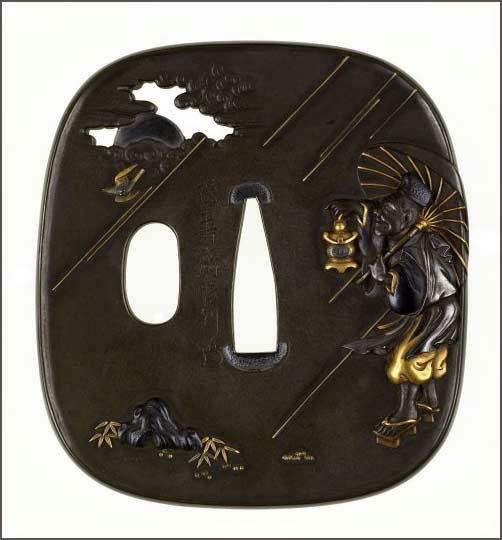 - quote
This tsuba illustrates the 12th-century story of the oil monk from Yasaka shrine in Kyoto.
On a stormy night, reports circulated in the city of a fire-breathing monster. Taira no Tadamori went out to capture the monster and discovered that it was actually a poor monk walking to Yasuka shrine. He was carrying an oil lamp that emitted flames when he blew on it.
The monk is on the right side of tsuba, carrying the lamp and an umbrella. The moon and a small bird in flight are at the upper left. The rain is highlighted in gold.
On the back, the gate to Yasuka shrine is depicted.
- source : art.thewalters.org 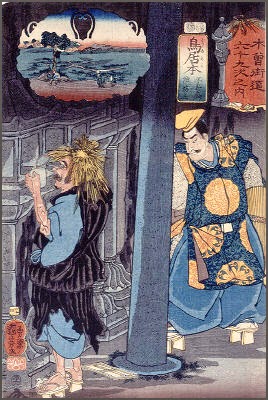 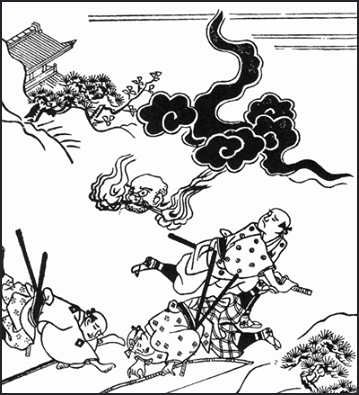 A fireball (kaiki) yokai from Shiga and Kyoto. The spirts of dead priests who were oil thieves. They are cursed to haunt as Abura-bo after their deaths. 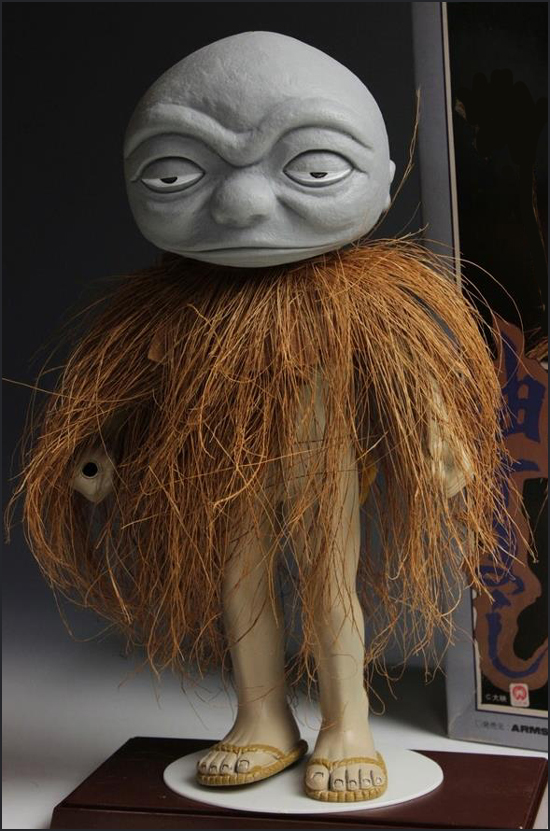 Email ThisBlogThis!Share to TwitterShare to FacebookShare to Pinterest
Labels: - - - Business in Edo