During the Bakumatsu Period and after the Meiji Restoration, many foreigners came to Japan and some of them left us great photo collections.

- quote
The Meiji Restoration (明治維新 Meiji Ishin),
also known as the Meiji Ishin, Renovation, Revolution, Reform or Renewal, was a chain of events that restored practical imperial rule to Japan in 1868 under Emperor Meiji. Although there were emperors of Japan before the Meiji Restoration, the restoration established the practical abilities and consolidated the political system under the Emperor of Japan. The goals of the restored government were expressed by the new emperor in the Charter Oath.

The Restoration led to enormous changes in Japan's political and social structure, and spanned both the late Edo period (often called Late Tokugawa shogunate) and the beginning of the Meiji period. The period spanned from 1868 to 1912 and was responsible for the emergence of Japan as a modernized nation in the early twentieth century.
- - - More in the WIKIPEDIA !


. Beato Felice Beato / Felix Beato .
(1832 – 1909)
... his influence in Japan, where he taught and worked with numerous other photographers and artists, was particularly deep and lasting.
- - - More in the WIKIPEDIA ! French contemporary art photographer.
He is currently living in Paris where he teaches Japanese visual culture at INALCO University and works as an expert in photography for Guimet Museum.
He published “The Last Samourais” and was a fellow artist at French Villa Kujoyama in Kyoto in 2001.
In April 2013, he was one of the curators of the first edition of
“Kyotographie International Photography Festival”.
source : tootyunggallery.com

- quote -
Baron Raimund von Stillfried: The photographer who invented Japan
by Lucy Alexander
Baron Raimund von Stillfried, a 19th-century pioneer of photography in Yokohama, was the first in Japan to recognize the new medium’s potential as a global marketing tool. Adept at producing theatrical souvenir photos, Stillfried also took the first ever photograph of Emperor Meiji and shocked Vienna when he imported Japanese teenage girls to the city to work in a mock teahouse. 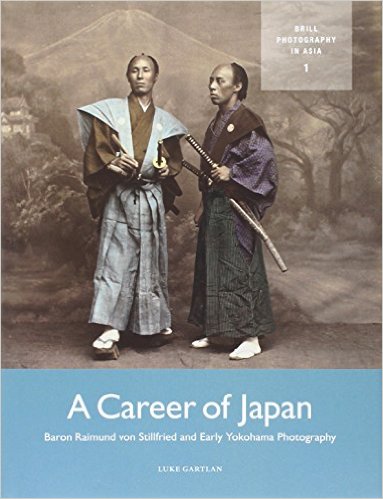 "A Career of Japan" is the first study of one of the major photographers and personalities of nineteenth-century Japan. Baron Raimund von Stillfried was the most important foreign-born photographer of the Meiji era and one of the first globally active photographers of his generation. He played a key role in the international image of Japan and the adoption of photography within Japanese society itself. Yet, the lack of a thorough study of his activities, travels, and work has been a fundamental gap in both Japanese- and Western-language scholarship. Based on extensive new primary sources and unpublished documents from archives around the world, this book examines von Stillfried s significance as a cultural mediator between Japan and Central Europe.
It highlights the tensions and fierce competition that underpinned the globalising photographic industry at a site of cultural contact and exchange treaty-port Yokohama. In the process, it raises key questions for Japanese visual culture, Habsburg studies, and cross-cultural histories of photography and globalisation.
Luke Gartlan s book is a compelling and enjoyable read, and contributes major new perspectives to the growing field of Meiji photography. It will certainly be the authoritative work on Raimund von Stillfried, but it is also impressive for its contributions to other important areas of Meiji cultural studies, including representations of the emperor, photography of Hokkaido, and world s fairs.
Bert Winther-Tamaki (University of California, Irvine)"
- amazon com - 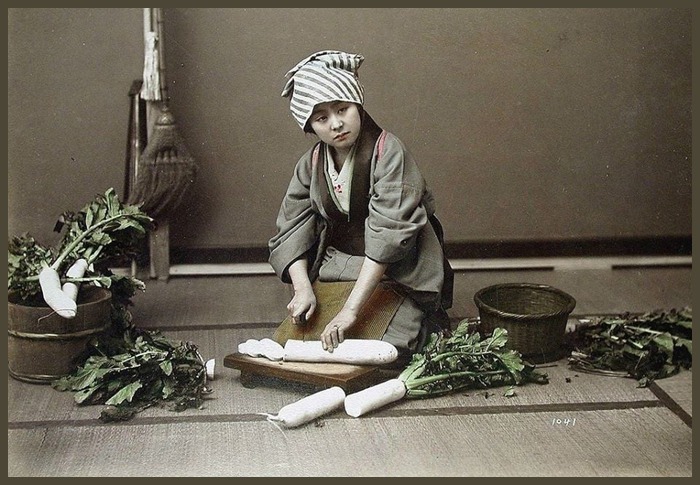 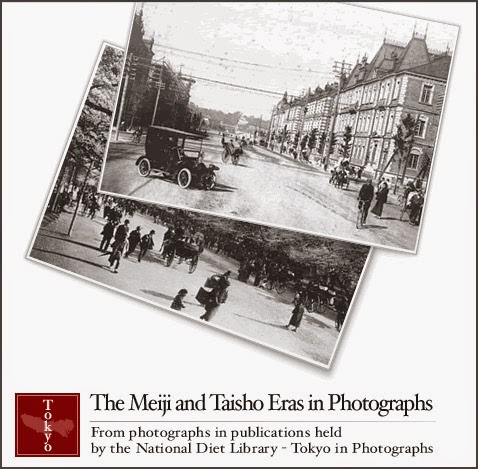 The Meiji and Taisho Eras in Photographs 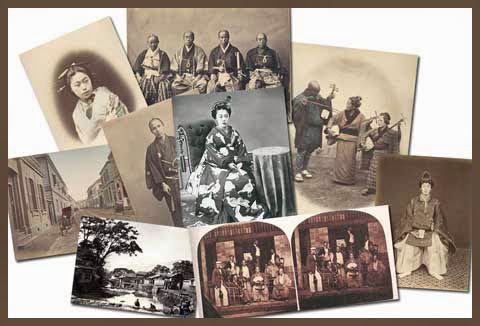 Old Japan is UK-based and was established in 1982.
Since that time, we have been buying and selling 19th Century photographs of Japan (inc. Meiji & Bakumatsu era), China and Korea. Our stock of Japanese photography in particular, is amongst the largest on the Web . . .
Terry Bennett
Wilhelm Burger
Karl Lewis
Michael Moser
Charles Parker
Pierre Rossier
H.F. Satow
T. Enami
Yokoyama Matsusaburo - and many more

- - - - - Old Photos of Japan
shows photos of Japan between the 1860s and 1930s. In 1854, Japan opened its doors to the outside world for the first time in more than 200 years. It set in motion a truly astounding transformation.

Around 150 years ago in 1868, samurai rule was ended and Japan started moving forward into a new age. The whole system of govenment was changed and new technologies were introduced, but the “old Japan” Edo period atmosphere still lingered. 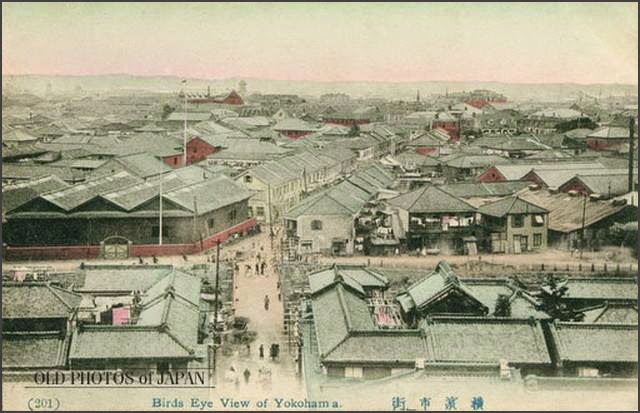 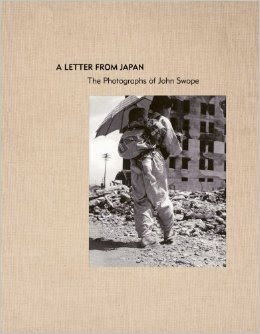 As one of the first American photographers to set foot on Japanese soil at the end of World War II- - - even before Japan had officially surrendered -- John Swope experienced and recorded a critical, peculiar and fragile moment in the history of the East and of a war-torn world. His powerful photo essay is complemented here, as he had hoped it would be one day, by excerpts from the 144-page letter he wrote to his wife, the actress Dorothy McGuire, during the three weeks he spent traveling with an elite team of Edward Steichen Naval photographers tapped to document the release of Allied prisoners of war.

Swope went far beyond his official duties to convey the impact of World War II on the local population and the land, as well as the freed soldiers. Having visited Japan 15 years before, as a young man, he had a better sense than some of his colleagues of just what had been destroyed, and he struggled with it. His letter describes both his experiences and his emotional reactions to all that he saw; his photographs, together with those words, convey a poignant, highly personal view of this world in limbo, expressing a great sense of humanity and a profound sensitivity for the people on both sides of the conflict. A Letter from Japan presents 114 color plates, some of which, by way of contrast and background, cover Swope's work as a Hollywood photographer, his Life magazine career and his international travels from the 1930s to the 1970s.
source : www.amazon.com/dp


- quote
John Swope (August 23, 1908 – May 11, 1979)
was a photographer for Life Magazine, and a pilot.
- - - A Letter from Japan: The Photographs of John Swope
- taken in August 1945 documents the devastation caused by World War II. This photographic essay was complemented by a 144-page letter to his wife Dorothy McGuire describing in detail his emotional experience when shooting these images.
- - - More in the WIKIPEDIA ! 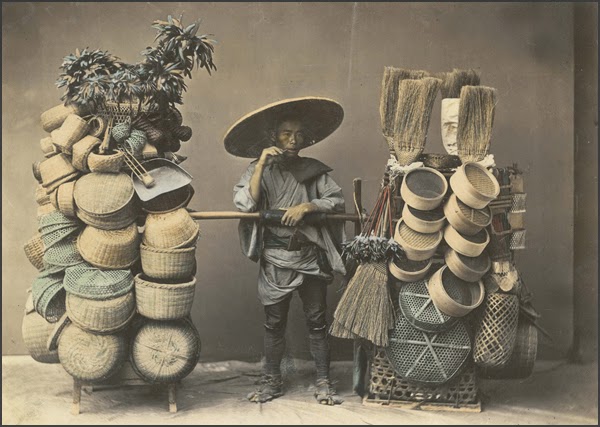 Photos by foreigners 100 years ago
starting in 1886