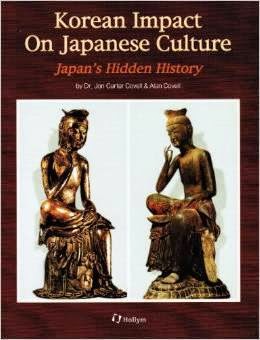 This book probes into subjects still frowned upon in Tokyo; it explores a few "skeletons in the imperial closet."
A half century ago this subject brought authors to prison or death. Using tools such as archeology, stylistic analysis, Japan's sacred scriptures themselves, its imperial line is here traced back to Korean origins, its legitimacy established by an iron sword from Paekche kept inaccessible at Iso-no-Kami) with a gold inscription, which dates Japan's founding ruler from 369 A.D., rather than orthodoxy's 660 B.C.
"Japanese culture," up to the eighth century, derived primarily from Korea--whether it was music, landscape gardening, textiles, ceramics, or major masterpieces of architecture, sculpture, and painting.

Top "National Treasures" of Japan either came from Korea or were sponsored by Korean-descended aristocrats, such as the famed Shotoku Taishi, who imported artists and Buddhist priests to the islands.
- source : www.amazon.co


An Illustrated Guide to Korean Mythology
by - Won-Oh Choi 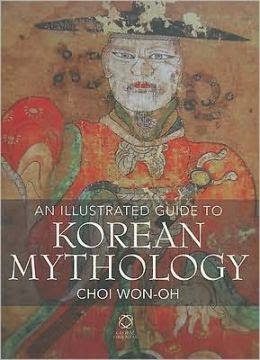 This highly engaging volume by one of Korea’s leading scholars of comparative mythology - the the first study of its kind in English - provides a valuable introduction to centuries-old beliefs, myths and folk tales relating to Cosmology and Flood, Birth and Agriculture, Messengers of the Underworld, Shamans, Disease, Good Fortune, Love and Family, Gods of Village Shrines, and Heroes. Containing thirty traditional stories, the book is fully illustrated throughout and contains a wide variety of Korean art, including rare shamanist paintings, as well as the work of some contemporary Korean artists.

All the stories, based on Korean oral tradition, have been retold by the author according to their main plot and meaning because the original texts’ songs by shamans, containing many obsolete words and obscure idioms, are not easily understood today. The original title and source, including text notes, are provided at the end of each story. The author’s Introduction sets out the historical background and significance of the myths that appear here. He also provides full details of each of the Korean gods and their roles in mythology.

While being a welcome addition to the literature on Korean culture for the non-specialist, An Illustrated Guide to Korean Mythology also provides an invaluable reference source for scholars and researchers in the fields of East Asian Mythology and Anthropology, as well as Korean History, Religion and Literature.
- source : barnesandnoble

Heian Period - Foreign Relations - Korea
Very little has needed said about Japan's foreign relations since the end of the wars with Silla over the Mimana region of southern Korea for the good reason that there were essentially no foreign relations to write about. However, there were two instances during Michinaga's time where the government had to take note of the outside world.
On the 1st day of the 10th month of 997
an emergency messenger arrived from Dazaifu in Kyushu and interrupted a ceremony at court to deliver his message. He had ridden all the way using the post system of relays of horses that had been set up for this purpose. The courtiers initially had the idea that the message concerned an invasion by Koreans, but when Michinaga read the letter from the commander at Dazaifu, it became clear that what had happened was an attack by pirates from Amami Oshima, the second largest island of the Ryukyu chain, south of Kyushu. The Ryukyus were not made a part of Japan until the 19th century and did not come under Japanese political control until the 17th century. This is the only time that they caused a problem that reached the central government. Michinaga decided that this was not a real emergency and the ceremonial was resumed. A meeting of the Dajokan was set for the next day. . . . . 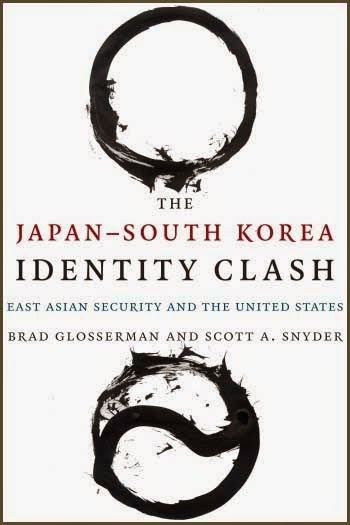 - quote -
Japan and South Korea are Western-style democracies with open-market economies committed to the rule of law. They are also US allies. However, despite their shared interests, shared values, and geographic proximity, divergent national identities have driven a wedge between them. Drawing on decades of expertise, Brad Glosserman and Scott Snyder investigate the roots of this split and its ongoing threat to the region and the world.

Glosserman and Snyder isolate competing notions of national identity as the main obstacle to a productive partnership between Japan and South Korea. Through public opinion data, interviews, and years of observation, they show how fundamentally incompatible, rapidly changing conceptions of national identity in Japan and South Korea--and not struggles over power or structural issues--have complicated territorial claims and international policy. Despite changes in the governments of both countries and concerted efforts by leading political figures to encourage US-ROK-Japan security cooperation, the Japan-Korea relationship continues to be hobbled by history and its deep imprint on ideas of national identity. This book recommends bold, policy-oriented prescriptions for overcoming problems in Japan-Korea relations and facilitating trilateral cooperation among these three Northeast Asian allies, recognizing the power of the public on issues of foreign policy, international relations, and the prospects for peace in Asia.
- source : cup.columbia.edu


- quote -
Yamato people (大和民族 Yamato minzoku, also "Yamato race")
and Wajin (和人 Wajin, literally "Wa people")
are names for the dominant native ethnic group of Japan. It is a term that came to be used around the late 19th century to distinguish the settlers of mainland Japan from other minority ethnic groups who have settled the peripheral areas of Japan, such as the Ainu, Ryukyuans, Nivkh, Oroks, as well as Koreans, Taiwanese, and Taiwanese aborigines who were incorporated into the Empire of Japan in the early 20th century.
The name was applied to the Imperial House of Japan or "Yamato Court" that existed in Japan in the 4th century, and was originally the name of the region where the Yamato people first settled in Yamato Province (modern-day Nara Prefecture).[citation needed] Generations of Japanese historians, linguists, and archeologists have debated whether the word is related to the earlier Yamatai (邪馬台). The Yamato clan set up Japan's first and only dynasty.
- - - More in the WIKIPEDIA ! 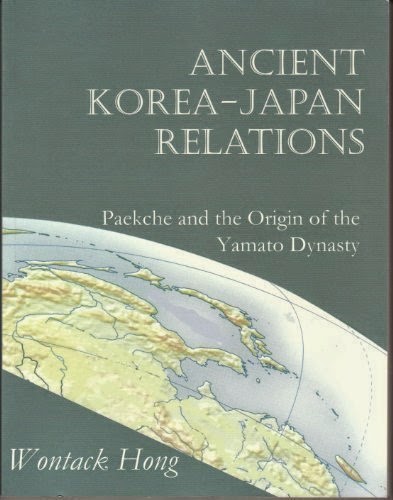 . Korean Ambassadors to Japan in the Edo Period .