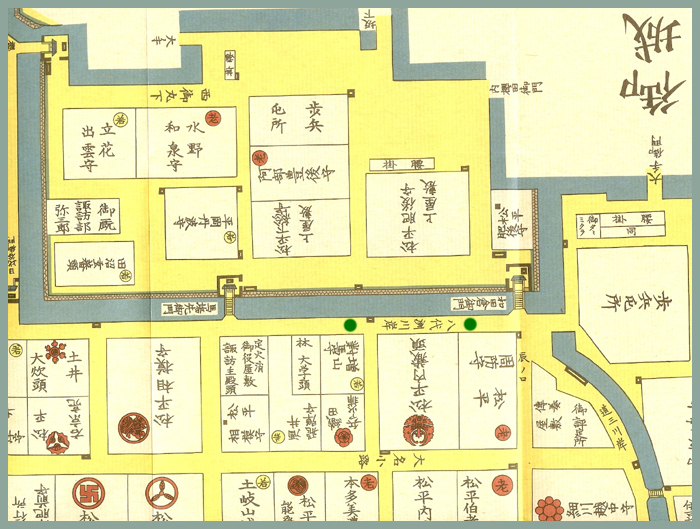 A map from 1865. The letters 「八代洲（やよす）川岸」 can be seen beside the gate 和田倉門前.
Jan Joosten presented Tokugawa Ieyasu with 24 lion cubs 虎の子.
In 1872 this area became 八重洲町 Yaesu and in 1929 part of Marunouchi 丸の内.
The district was named 中央区八重洲 in 1954.
Yaesu Avenue has a monument dedicated to Jan Joosten and his life after his arrival in Japan on the Liefde with William Adams.

- quote
Nihonbashi, Yaesu-dōri / Chūō-dōri
Joosten was born in Delft 1556 and died in the South Chinese Sea 1623. 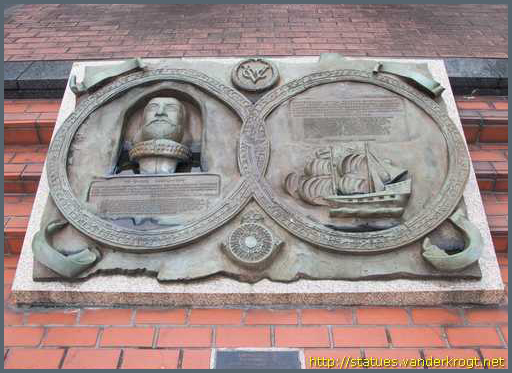 The monument is located in the middle of the Yaesu-dōri (= Jan Joosten Avenue) on the intersection with the Chūō-dōri (Chuo Avenue).

Bronze plaque with two rings, which are shaped as navigtational instruments. The left is dedicated to Jan Joosten van Lodensteyn, includes a copy of the Jan Joosten bust made by L. Braat, which is found a couple of hundred meters further in the Yaesu Shopping Mall. The right ring is dedicated to the ship De Liefde. Both halves contain a long explanation in Japanese and Dutch. 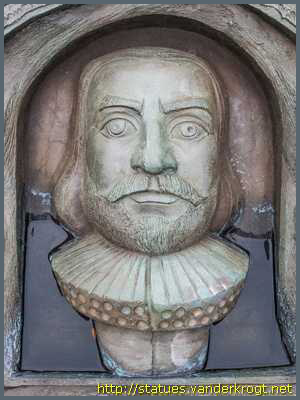 - quote -
Jan Joosten van Lodensteijn
(c. 1560 – 1623), or simply Jan Joosten, was a native of Delft and one of the first Dutchmen in Japan, arriving as one of William Adams's shipmates (the second mate) on the De Liefde, which was disabled on the coast of Kyūshū in 1600.
- - - - - Early life in Japan
The De Liefde departed Rotterdam in 1598, on a trading voyage and attempted a circumnavigation of the globe. It was wrecked in Japan in 1600. The 24 survivors were received by future Shogun Tokugawa Ieyasu, who questioned them at length on European politics and foreign affairs. As with William Adams, Joosten was selected to be a confidant of the Shogun on foreign and military affairs, and he contributed to the development of relations between the Netherlands and Japan, thereby weakening the influence of Portugal and Spain.

For his services, Jan Joosten was granted a house in Edo (now Tokyo) in a part of the city that came to be called "Yayosu Quay" after him — his name was pronounced yan yōsuten in Japanese (short: Yayōsu (耶楊子)) — and the name exists in the name of Yaesu side of Tokyo Station. Although not allowed to return to the Netherlands, Joosten was allowed to take a Japanese wife and was given a permit to engage in foreign trade. He was privileged to wear the two swords of the samurai and received an annual stipend which placed him (along with Adams) among the ranks of the hatamoto or direct retainers of the Shogun. Joosten was said to be a drunk with a choleric temperament, and at one point was not welcome at Ieyasu's court. 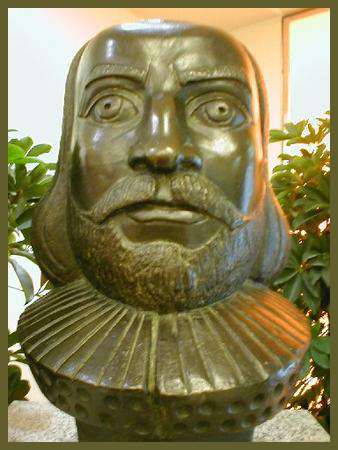 Joosten is reported to have made a fortune in trade between Japan and Southeast Asia, chartering several Red Seal Ships under license from Tokugawa Ieyasu.
After the establishment of the Dutch Factory in Hirado, he became a middleman between Dutch merchants and the Shogunate.
He is also said to have been to Siam on one of his ships, with the Japanese adventurer and author Tenjiku Tokubei. Later, he attempted to return to the Netherlands, but after reaching Batavia, he was denied permission by Dutch authorities to proceed further.
He drowned in the South China Sea in 1623 when his ship sank as he was returning to Japan.
- - - source : WIKIPEDIA


Tenjiku Tokubei 天竺徳兵衛 (1612 - c. 1692)
a Japanese adventurer and writer of the early 17th century. He traveled to Southeast and South Asia, hence his "Tenjiku" (Japanese: 天竺, East Asian name of "India") nickname.
He was born in Sendo-machi, Takasago-cho, in today's Hyōgo Prefecture in 1612. His father was a salt wholesaler.
At the age of fifteen, in 1626, Tokubei was hired by a trading company in Kyoto. He pursued commercial activities aboard Japanese Red Seal Ships.
In 1627, Tokubei visited China, Vietnam and Siam (modern Thailand) on board a Japanese Red Seal ship. He would stay for some time in Siam and again visit the country on board one of the ships of the Dutch adventurer Jan Joosten van Lodensteijn. He also sailed to India, to the source of the Ganges, and the country of Magadha, and returned with great wealth and numerous stories to tell.
Upon his return to Japan,
and after the introduction of the Seclusion policy (Sakoku), Tokubei wrote an essay titled "Tenjiku Tokai Monogatari" (天竺渡海物語, "Relations of sea travels to India") on his adventures in foreign countries, which became very popular in Japan. 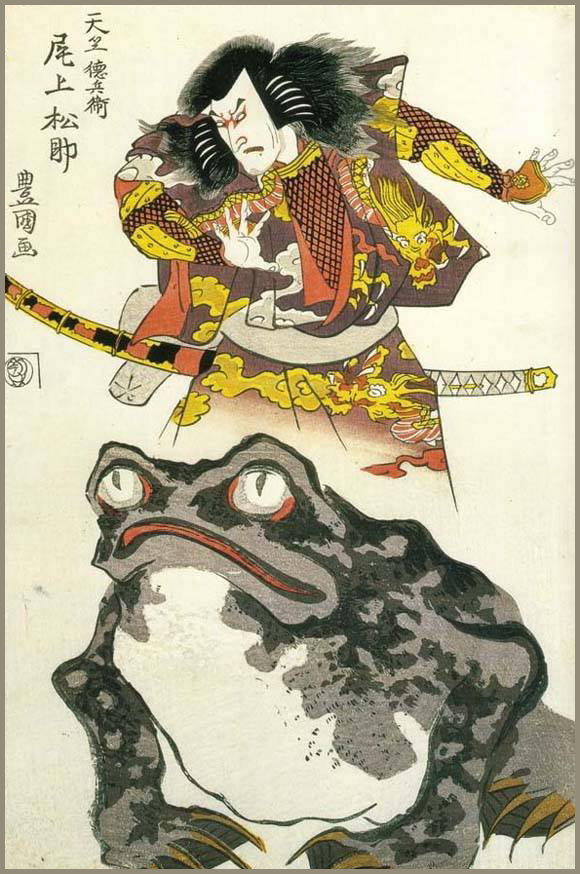 - quote -
Utagawa Hiroshige (1797 - 1858)
Utagawa Hiroshige was born in 1797 in the Yayosugashi district of Edo, the son of Ando Genemon, a member of the fire-fighting brigade maintained by the Tokugawa Shogunate. At the time, Kitagawa Utamaro and Toshusai Sharaku were at their prime as ukiyo-e artists. Ukiyo-e, which means art of the floating world, refers to the impermanence of life and the enjoyment of pleasure free of mundane concerns. ...
After the death of his parents in 1809, Andō Tokutarō (Hiroshige) took over his father's place as a firefighter.
- source : bk.mufg.jp/global/newsroom -

at Yaesu Road
I come to meet a bout
of autumn wind . . .
Tr. Gabi Greve