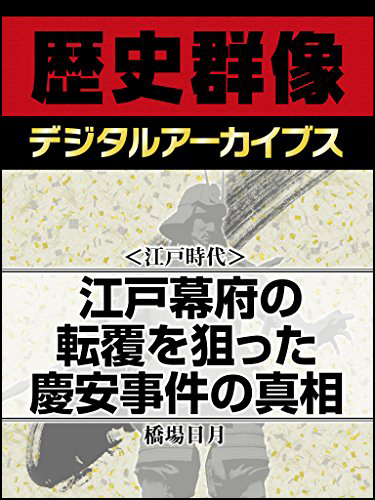 - quote -
.. a failed coup d'état attempt carried out against the Tokugawa shogunate of Japan in 1651, by a number of rōnin. Though it failed, the event is historically significant as an indication of a wider problem of disgruntled ronin throughout the country at the time. Masterminded by Yui Shōsetsu and Marubashi Chūya, the uprising is named after the Keian era in which it took place.

According to strategist Yui's plan, Marubashi would take Edo Castle, the headquarters of the shogunate, using barrels of gunpowder to begin a fire which would rage through Edo, the capital. In the confusion, with the authorities distracted by firefighting efforts, the ronin would storm the castle and kill key high officials.

At the same time, Yui would lead a second group and seize the Tokugawa stronghold in Sunpu (modern-day city of Shizuoka). Further action was planned for Osaka Castle and Kyoto. They timed their rebellion to take advantage of the death of Shogun Tokugawa Iemitsu, as his successor, Ietsuna, was still a child. The conspirators aimed to force the shogunate to relax its policies of seizing hans and dispossessing daimyōs, which under Iemitsu had deprived tens of thousands of samurai of position and income, adding them to the ranks of ronin.

Ultimately, however, the uprising failed when the conspirators' plan was discovered. Marubashi Chūya fell ill, and, talking through his fever dreams, revealed secrets which made their way to the authorities by the time the rebels were ready to move. Marubashi was arrested and executed in Edo; Yui Shōsetsu escaped that fate by committing seppuku, in Sunpu, upon finding himself surrounded by police. Several of the rebels committed suicide alongside him. The families of the conspirators as well were then tortured and killed by the authorities, as was usual at the time; several were crucified.

In the aftermath of the suppression of the uprising, the Shogunal Elders (Rōjū) met to discuss the origins of the uprising, and how to prevent similar events from occurring in the future. Originally, most of the Elders sought to take severe measures, including expelling all ronin from the city, but they were eventually convinced by Abe Tadaaki to take a more rational tack. He suggested reducing the number of ronin opposed to the shogunate, not through expulsion, but by introducing more favorable policies. In particular, he convinced the council that the shogunate ought to do away with the law of escheatment, and to work to help ronin settle into proper jobs. Forcefully expelling a great number of people from the city, he argued, would only serve to create more opposition to the government.

Far from being an isolated incident, the Keian Uprising was followed by an event the following year involving several hundred ronin, and another soon afterwards in Sado. Granted, these were not directly related, that is, none of the persons involved were the same, nor did they follow a single leader or organized ideology. Despite this, or perhaps because of it, it is significant to note how widespread the distaste for the shogunate was at this time, and the degree of the "problem" of the ronin throughout the country. 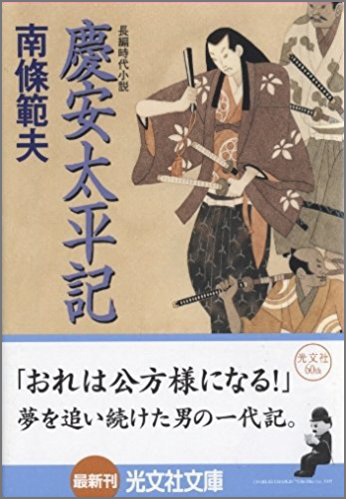 The tale was then retold in a novel, Keian Taiheiki (慶安太平記), and in a number of Kabuki plays, the most famous of which, also called Keian Taiheiki, was written by renowned playwright Kawatake Mokuami.
- - - More in the WIKIPEDIA !

- quote -
a military strategist, and leader of the unsuccessful 1651 Keian Uprising. Though a commoner, and thus not officially of the samurai class, Yui was known as one of the "Three Great Ronin" along with Kumazawa Banzan and Yamaga Sokō.

Born in Sunpu to humble origins, Yui is said to have been a talented youth; he was taken in by a number of rōnin from the area, who taught him recent history, and likely swordsmanship and military strategy as well. 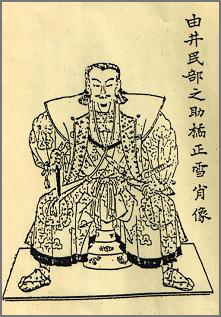 As an adult, he found employment as an instructor at a samurai academy, teaching swordsmanship and related disciplines. But these academies, which could be found throughout the country, served not only the pure function of schools of martial arts; certainly, discipline, ethics, and related arts were taught as well. But the schools also served as social and intellectual spaces, in which political ideas were discussed, and grievances aired in a familiar environment where comrades and friends met. Students were almost exclusively members of the samurai class, but running the full gamut of rankings, from daimyo to ronin. As regulations were made stricter at this time, and many ronin expelled from their domains, the number of students grew dramatically. 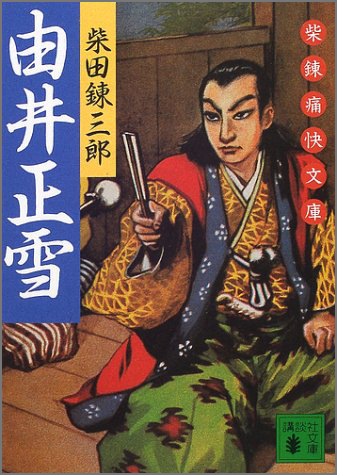 He later opened a school of military strategy and martial arts in the Renjaku-chō neighborhood of Kanda in Edo, as well as an armorer's shop and ironworks. Here he continued to gain contacts, friends, and prestige among the ronin and others; one of them was Marubashi Chūya, a samurai and fellow instructor of martial disciplines and strategy, with whom he would plan the Keian Uprising some years later.

Beginning in 1645, Yui plotted a coup against the Tokugawa shogunate along with Marubashi, a small group of rōnin, and a number of their students. It was to take place in 1651, shortly after the death of Shogun Tokugawa Iemitsu, and would later come to be known as the Keian Uprising. Unfortunately for Yui and his comrades, the plot was discovered before it truly began. Yui was in Sunpu, preparing to execute a secondary series of attacks when Marubashi was arrested in Edo; surrounded by shogunate officials, he committed seppuku rather than be captured. 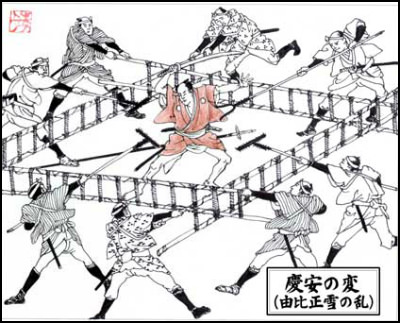 Following his death, the officials performed a variety of obscenities upon his body, and then proceeded to subject his parents and other close relatives to crucifixion. Yui Shōsetsu, though ultimately unsuccessful in his political plots, is a notable figure as representative of the growing political unrest in the early Edo period, as a result of strict laws put forth, and enforced, by the shogunate. He and his conspirators were only one of many groups throughout the country meeting in samurai academies and other venues, discussing politics and current events. Most, of course, did not act upon their beliefs as Yui and Marubashi did, but that discussion existed among a great number of people, despite, or perhaps because of the shogunate's strict enforcement of its laws, is significant.
- - - More in the WIKIPEDIA !


There is even a line of Sake rice wine named after Yui Shosetsu. 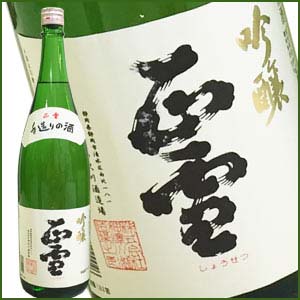 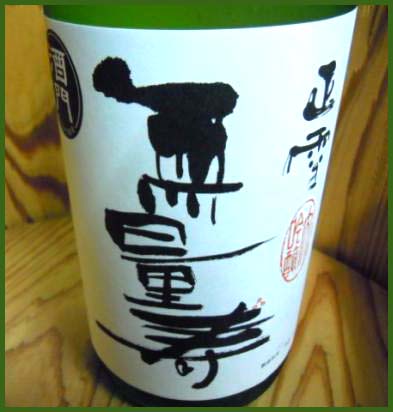 Shoosetsu mushi 正雪虫 / Shoosetsu tonbo 正雪トンボ The Shosetsu Dragonfly
This animal begun to appear in Shizuoka after the violent death of Yui Shosetsu. They say his soul reincarnated to haunt the place of his birth and death.
It is also called カトンボ Chikara tonbo and begins to fly in early summer. It is only seen in Shizuoka!
This animal, a kind of kawatonbo 川とんぼ river dragonfly, is now extinct. 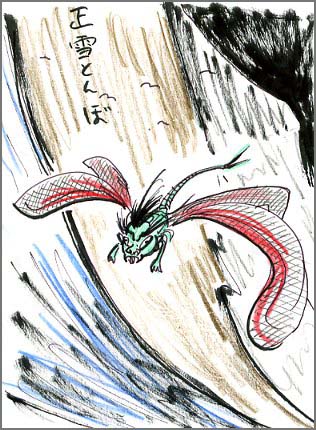 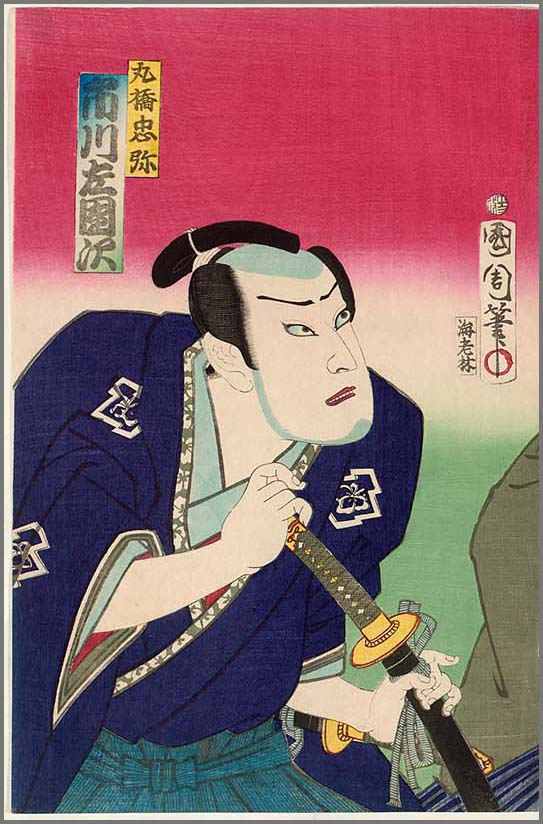 - quote -
Chūya was a ronin (masterless samurai) from Yamagata, and instructor in martial arts and military strategy, most famous for his involvement in the 1651 Keian Uprising which sought to overthrow Japan's Tokugawa shogunate. He is said to have been a man of great strength and good birth whose distaste for the shogunate stemmed primarily from a desire for revenge for the death of his father, killed by the shogunal army at the 1615 siege of Osaka. The identity of his father is not clear, but may have been Chōsokabe Motochika.
... his weapon of choice became the Jūmonji Yari 十文字槍 a cross-shaped spear. The martial art of wielding the yari is called sōjutsu. ,
... Marubashi met Yui Shōsetsu, ...
- - - More in the WIKIPEDIA ! 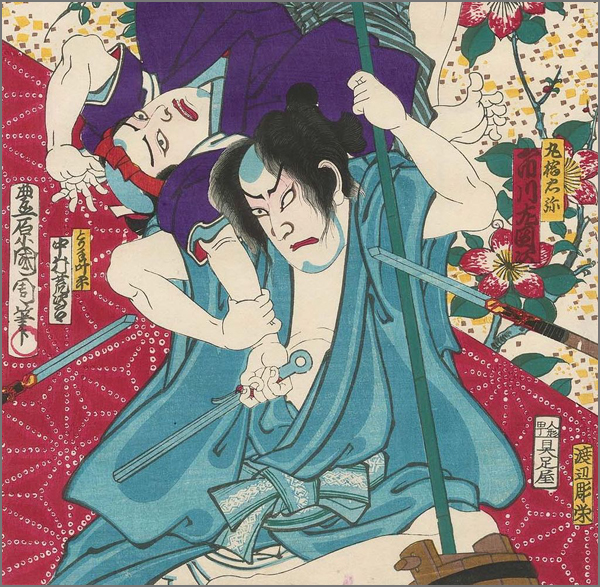 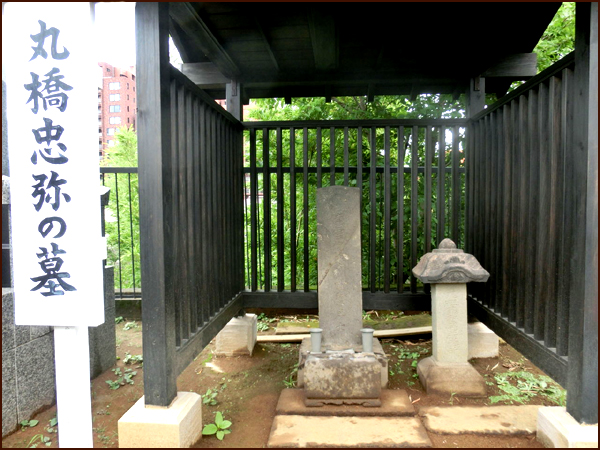