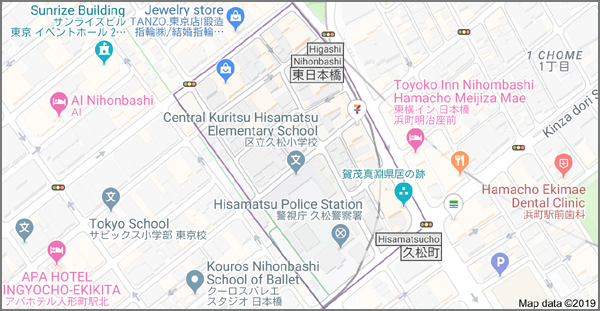 - quote
The town that was reborn three times
Nihonbashi Hamacho / Nihonbashi Hisamatsucho / Nihonbashi Nakasu
From a samurai town to a stylish town
The Nihonbashi Hamacho area has changed greatly three times.
The town of Hamacho was a town of samurai warriors and was lined with residences of feudal lords during the Edo period. There used to be merchant homes in some parts of today’s Nihonbashi Hisamatsucho, but there were many shops that sold long and short swords, too. I think it was a quiet neighborhood of common people that was quite different from the lively downtown area of the nearby Ningyocho, where craftsmen lived. It is said that the residences of the Kasama Clan had storehouses where the Shogunate kept its gold coins. This was probably a top-secret affair. To this day, nobody knows the exact locations of the residential storehouses.
The Hamacho area underwent a complete change along with the falling of the Tokugawa Shogunate. The land where the daimyo residences stood was handed over to the people in 1871, when the feudal system ended after about 260 years after its establishment. It is the prestigious Japanese restaurants and similar establishments that were built on these grounds. The colorful dining culture where wealthy merchants enjoy themselves with geishas got its start here.
- The dining culture emerging
There was a canal known as the Hamacho River between Nihonbashi Hamacho and Nihonbashi Ningyocho before the land was filled in 1972, and it is said to have been popular as the starting point of sightseeing trips down Sumida River. It was famous all throughout the country as a stylish and luxurious town, and there were over two hundred and fifty geishas and almost a hundred restaurants during its peak. It was thirty five years ago when I became acquainted with Nihonbashi Hamacho and I can still remember the elegant scenery of fine restaurants surrounded by the black walls. By the way, the geishas in this area that was known as Yoshicho back then were known to be stylish, lively, and skilled at their trade. This attracted many famous, successful, and wealthy business owners who patronized the establishments where they worked. Sadayakko, who was the first Japanese actress, also used to be a geisha from Yoshicho.
With the revising of town names in 1977, the name Yoshicho began to disappear along with the successful businessmen, the geishas, and the fancy restaurants. The only remaining fancy restaurant that remains from this era is Hamada-ya, which has been in business for over a hundred years, and there are now only a dozen or so geishas.
- A townscape where the appeal of both the new and old meet
The Hamacho area suffered great damage during the Great Kanto Earthquake of 1923, but the huge 33 meter-wide Kiyosubashi Street was formed between Kiyosu Bridge and Asakusa Bridge; becoming the pride of the downtown district. Hamacho Park along the Sumida River is the largest park in Chuo Ward. In 1929 the remains of the residence of the Hosokawa daimyo family from Kumamoto was renovated and opened as a popular hall among the local people for activities such as strolling, exercising, and holding Oedo Festivals.
- Fureai-no-Hana ...
- Tourist spots in the Nihonbashi Gonobe area
Suitengu
Hamacho Pedestrian Road
Meijiza
Kiyosubashi
- source : nihombashi-tokyo.com/history... 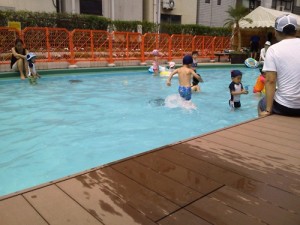 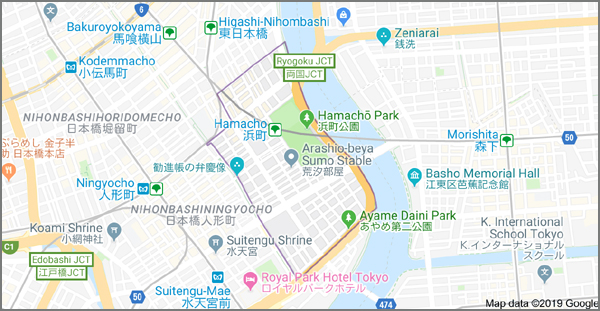 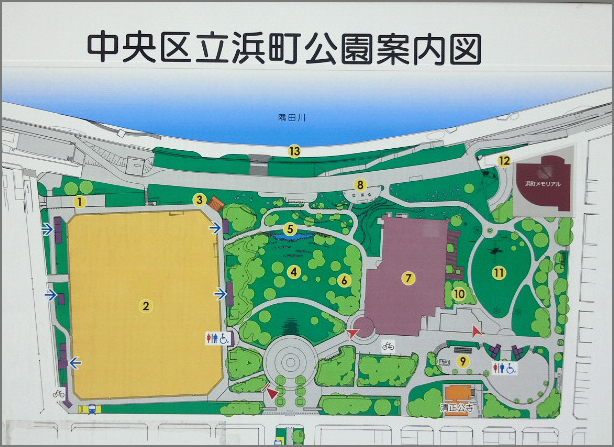 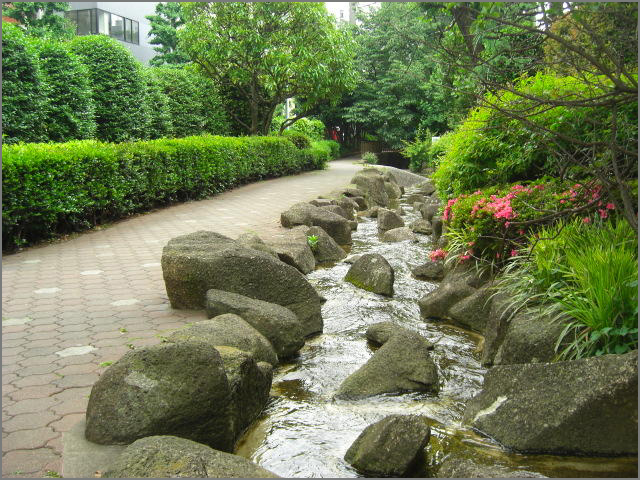 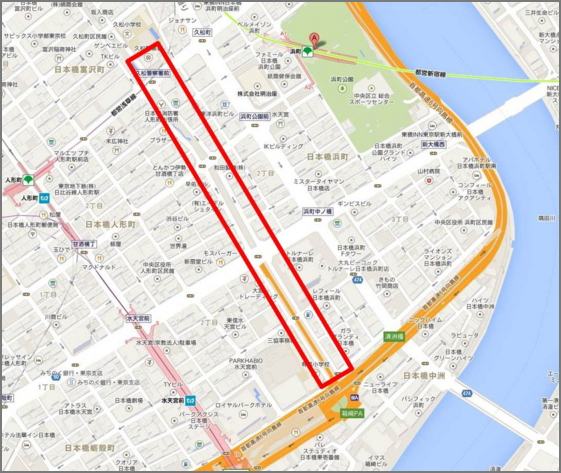