- quote
Seibu Railway's train etiquette posters in ukiyo-e style
are a hit in Japan and overseas
Posters that use traditional kimono-wearing characters portrayed in the style of Edo Period ukiyo-e to educate train passengers on proper etiquette have gained attention abroad, with the works featured in a British exhibition and printed in Taiwanese textbooks.

First introduced in September 2016, the light-hearted yet educational posters can be found in train stations operated by Seibu Railway Co. in and around Tokyo. The ukiyo-e art form traditionally depicts scenes of the Edo Period (1603-1868).

One image shows a courtesan sitting on a train as she uses a smartphone, while a man with a topknot lounges next to her with a book on his lap. The surrounding passengers are looking at them in annoyance and the poster has text reading,
“Please let others sit comfortably.” 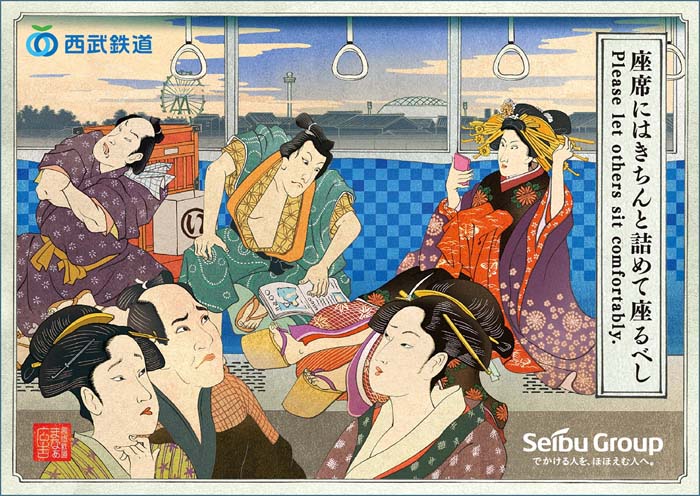 The cultural reference points are used in a range of posters, including one asking commuters to be thoughtful of fellow travelers by depicting an anthropomorphic frog and monkey talking loudly as passengers cover their ears in protest.

The posters were an immediate hit when they were first put up at Seibu train stations, with some passengers asking for the images to be printed on merchandise.

London’s Victoria and Albert Museum began exhibiting the posters in March, noting the interesting amalgamation of tradition and modernity.

“The posters illustrate the bustle and thrill of city life in modern Japan. Humor tempers the message about how to be a well-behaved commuter,” it says on its website introducing the pieces.

A company running cram schools in Taiwan also included the images in their Japanese textbooks.

“We were able to depart from stereotypical posters by making (the ukiyo-e) appealing. I’m surprised by the overwhelming international response,” she said.
- source : Japan Times 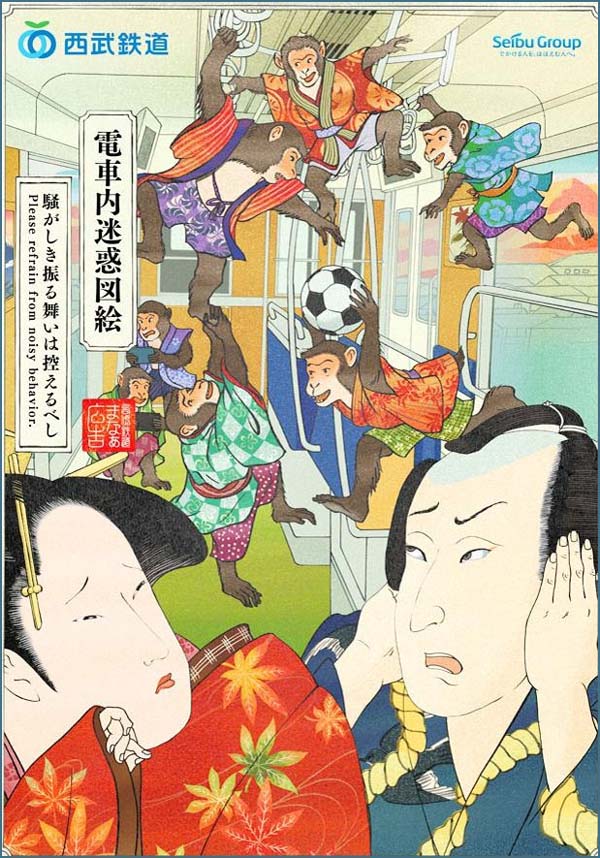 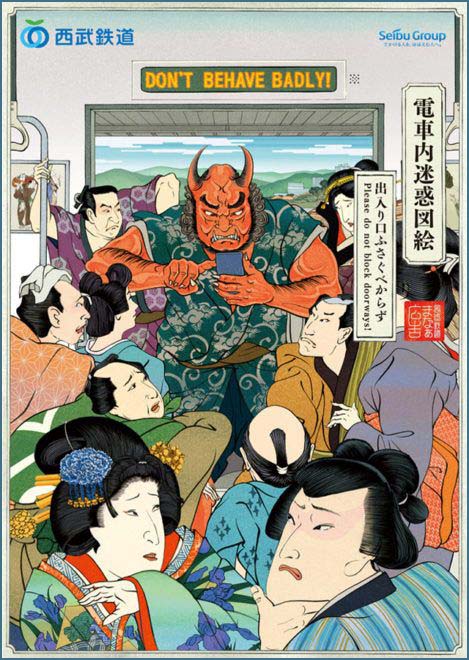 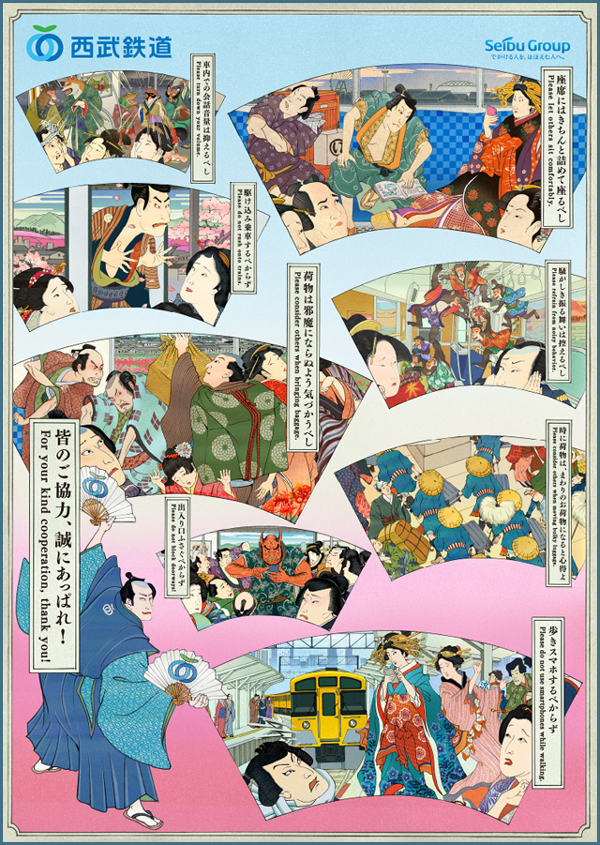