quote
Shukuba (宿場) were post stations during the Edo period in Japan,
generally located on one of the Edo Five Routes or one of its sub-routes. They were also called shukueki (宿駅). These post stations (or "post towns") were places where travelers could rest on their journey around the nation. They were created based on policies for the transportation of goods by horseback that were developed during the Nara and Heian periods.

The lodgings in the post stations were established for use by public officials and, when there were not enough lodgings, nearby towns were also put into use. The post station's toiyaba, honjin and sub-honjin were all saved for the public officials. It was hard to receive a profit as the proprietor of these places, but the shogun provided help in the form of various permits, rice collection and simple money lending, making it possible for the establishments to stay open. The hatago, retail stores, tea houses, etc., which were designed for general travelers, were able to build a profit. Ai no shuku were intermediate post stations; though they were unofficial resting spots, they had many of the same facilities.

Generally speaking, as the Meiji period arrived and brought along the spread of rail transport, the number of travelers visiting these post stations greatly declined, as did the prosperity of the post stations.

Honjin (本陣): Rest areas and lodgings built for use by samurai and court nobles. Honjin were not businesses; instead, large residences in the post towns were often designated as lodging for government officials.

Waki-honjin (脇本陣): These facilities were also for use by samurai and court nobles, but general travelers could also stay here if there were vacancies.

Kichin-yado (木賃宿): Facilities that offered accommodations to general travelers, but did not serve food. 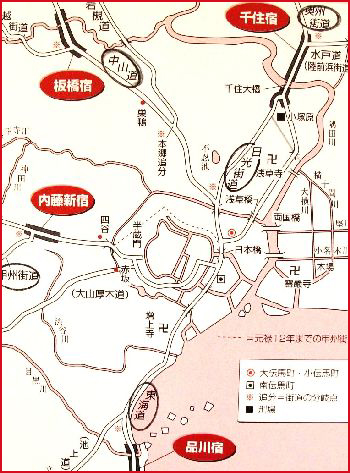 There were five major roads leading out of Edo

And the first shukuba of them became the most famous one's in Edo.
Not only for travellers, but also for rich people from Edo to go there, stay over night and have some fun. They were only two RI 二里 (about 4 km) away from Nihonbashi.

Each one had a brothel quarter (okabasho 岡場所), where the meshimori onna 飯盛女 "rice-serving ladies" were on duty.
The Edo Bakufu government tried to regulate the number of women, since the brothel owners of Yoshiwara complained about the cheap competition. But to no avail. 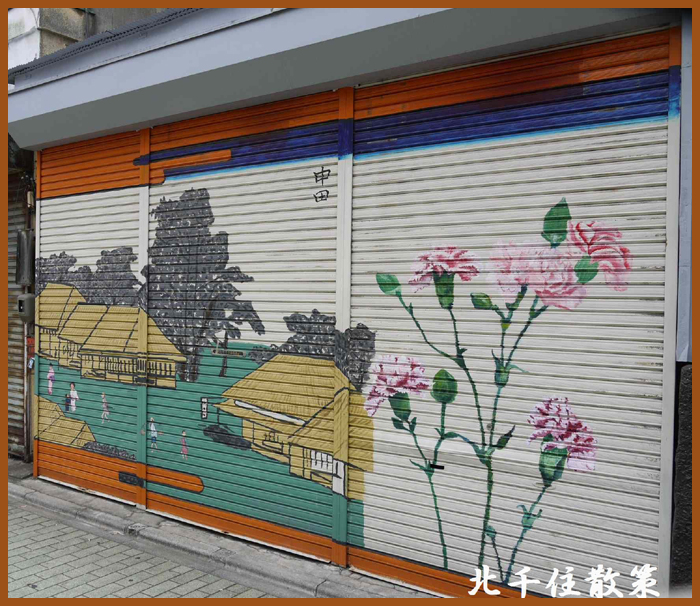 
Things that a toiyaba 問屋場 had to provide for the travellers

The prize for porters and horses was generally fixed: 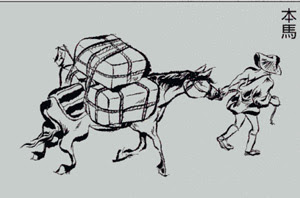 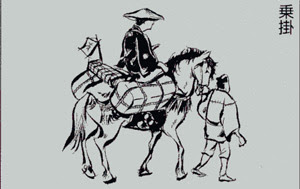 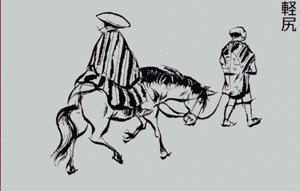 karujiri / karajiri 軽尻／空尻 riding only
for light hand luggage about 5 kan (18.8 kg)
for only light luggage about 20 kan (75 kg) about half of a "honma" 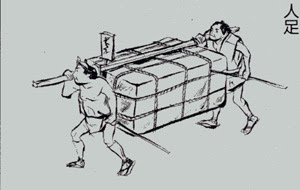 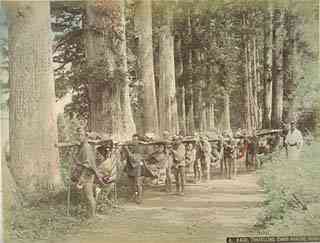 箱根路に雲助の碑や赤のまま
Hakone ji ni kumosuke no hi ya aka no mama

at the Hakone road
the memorial stone of a kumosuke -
all in red
Tr. Gabi Greve


quote
Ton'ya (問屋), called toiya outside of Edo,
were trade brokers in Japan, primarily wholesalers, warehouse managers, and shipment managers; the term applies equally to the traders themselves and to their shops or warehouses. First appearing as early as the 12th century, ton'ya came to serve a crucial role in the economy of the Edo period (1603-1867). 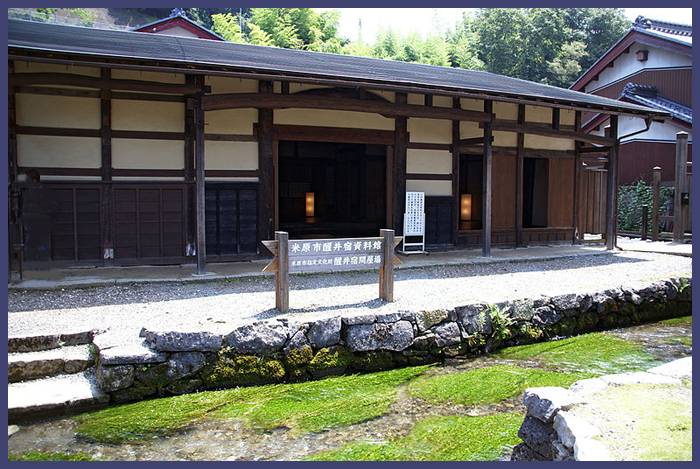 History
The earliest record of a toi-otoko (問男) may be one from 1175, in which a number of Court officials hire an outside boatsman to transport them down the Yodo River. As he was not a servant or agent of the Court, or any manor, but rather a man hired out privately, this represents the emergence of the sorts of private enterprises which would come to dominate the economy centuries later.

The ton'ya of the Edo period were little different, essentially acting as independent agents for specific elements of the domestic trade; most often they were shippers, but many were local handlers, middlemen, or warehousers. They would be hired by a firm (a merchant, a shop, etc.) which operated out of one of the big cities to manage or handle the firm's goods in some other portion of the country.

Wholesale freight shippers operating out of Osaka, transporting goods to Edo, numbered at least 24 in 1700, and a great many "guilds" existed specializing in the handling of individual types of goods, such as cotton, sugar, or paper. In addition, there were groups such as the Satsuma Tonya and the Matsumae clan Tonya, who specialized in the handling and transportation of goods within two of Japan's four great "gates" to the outside world; Matsumae, in Hokkaidō, governed the trade with the Ainu and Imperial Russia, while Satsuma, in Kyūshū, controlled trade with the Ryūkyū Kingdom and, through them, trade with Qing China.
© More in the WIKIPEDIA !


jinya jin'ya 陣屋
During the Edo period of Japanese history, a jin'ya (陣屋) was the administrative headquarters of a small domain or parcel of land held by the Tokugawa shogunate, as well as the residence of the head of the administration, and the associated grain storehouse.