The following by Chris Drake : 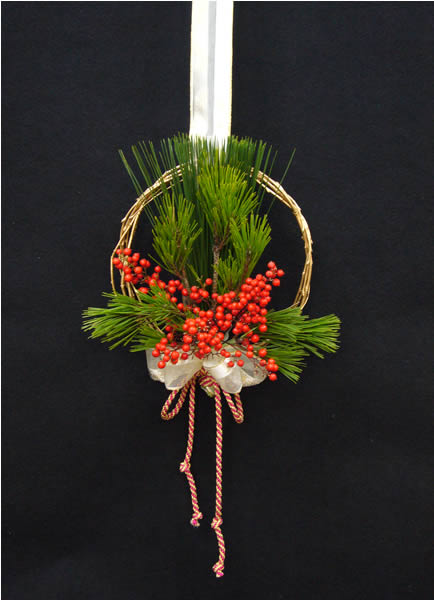 celebrating peace in the land --

sleeping and eating
in pine shade -- more than
sixty provinces

the moon
grows thinner
along with spring

These are the first four verses of a 36-verse renku kasen sequence Issa composed with the Tendai-school priest Kakuroo ( 鶴老), or Old Man Crane in the 2nd month (March) of 1812, when Issa visited Kakurou's temple in the area east of Edo. Issa attached a headnote to characterize the mood of the sequence, especially the hokku. It is a phrase that means the hokku celebrates the fact that Japan has been at peace under the rule of the Tokugawa shoguns for more than two centuries. The Tokugawa shoguns came from the Matsudaira (Pine Level) clan, so long-lived, always green pine trees were a widely used symbol for the "eternal" rule of the shogunate. Referring directly to this image of the shogunate, Issa uses an old ritual phrase and writes that all of the more than 60 provinces of Japan were at peace, and people can eat and have a place to sleep thanks to ("in the shadow of") the peace brought by the Matsudaira shogunate. Of course Issa is not praising the shogunate unconditionally, but he does thank the regime for bringing peace to Japan after centuries of civil war. Issa surely knows many farmers and even many people in Edo are homeless or starving or close to starving, but his hokku is a ritualistic semi-prayer more than a pure description or observation.

In Issa's diary the hokku is placed in the 2nd month section among a group of celebratory hokku using pines, bamboo, cranes, and turtles to praise the new year and pray for health, prosperity, and long life. The season of this hokku isn't clear, and strictly speaking the hokku is seasonless, but since it is a celebratory hokku, Issa seems to be using it as a designated or makeshift New Year's hokku in the wider sense, with the Matsudaira ruling clan serving in place of the New Year's pine decorations. It is also therefore implicitly a prayer for continued peace or perhaps even for true peace and prosperity for everyone in Japan in the future. Although the pine shade in the hokku was later interpreted by some as referring to Basho, Issa's headnote indicates that this was not his main intent at the time he composed the hokku with Kakurou. If the pine shade refers to anyone specific beyond the shoguns, then it would be to Issa's host Kakurou.

A hokku, normally written by the guest, contains a greeting to the host of the renku sequence, and by referring to New Year's pines and their association with longevity, Issa is wishing the host Kakurou a long, healthy life. Since Kakurou's name contains the word crane, Issa is also referring to the fact that cranes often nest or rest in pines and are linked with them as symbols of longevity and good health. 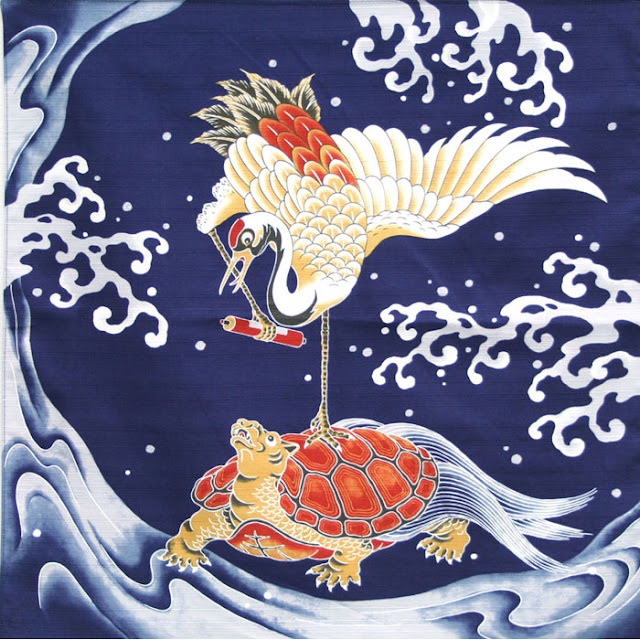 In the wakiku, verse 2, the host Kakurou also takes Issa's hokku to be a half-mythic semi-prayer for peace in Japan as well as a greeting to him, so it, too, seems to be a makeshift New Year's verse responding to Issa's makeshift New Year's verse. In this kasen, Kakurou replies to Issa, suggesting that they become friends with with felicitous cranes and turtles and have a good time with them. Most immediately, it means that Kakurou, as a crane, wants to have a pleasant, friendly time with Issa as they write the kasen sequence. Since cranes were said to live a thousand years and turtles ten thousand years, he is also wishing Issa a long, healthy life in return, thus establishing a positive, festive mood for the sequence. Kakurou also seems to be comparing Japan to one of the decorations brought out at New Year's and at weddings: a small table with an island shape on it representing the Daoist island of eternal youth, known as Horai in Japan. On the small bonsai island are one or more pines and bamboos as well as cranes and turtles. The whole of Japan, Kakurou suggests, continuing the celebratory mood, is like Horai Island, where everyone can live a long life in peace and harmony and be friends with cranes and turtles. 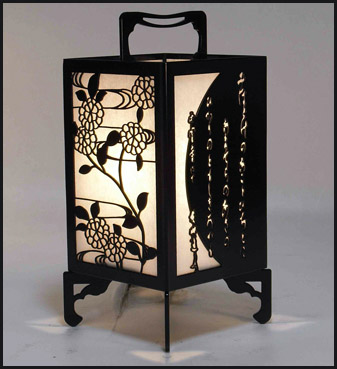 However, the third verse, the daisan, swerves away from the hokku's mythical, utopian language and returns to the world of time and change. The spring moon -- since New Year's must be left behind, I take this to be the third-month moon -- is getting thinner and thinner as spring comes to an end. It would be nice to play around with idealized cranes and turtles all the time, but in the real world the cranes are taking to the sky and flying north, leaving Japan behind. At the same time, a crescent moon hangs softly in the warming sky. The late spring nights are becoming dark, with only a sliver of moon remaining, and someone has carried a portable frame lamp outside to do something, perhaps finish some work.

The lamp has been left on the far side a bush of yellow mountain roses (Japanese kerria plena), and the bush is now heavy with the blooming flowers. The color of the roses may be just visible in the mostly hidden light of the lamp, and there is a curious symmetry between heaven and earth: between the narrow, mostly hidden moon and the light of the lamp mostly hidden by the mountain rose bush. Issa has followed a spring moon with another spring verse -- something he couldn't do if the first two verses were spring verses and not designated New Year's verses -- but the next verse, no. 5, is a summer verse directly following only two spring verses, something a bit different from classic Basho-style renku, a placement which, along with the loose definition of semi-New Year's status for the first two verses, shows the interesting flexibility of renku composition in Issa's age. Would Basho have raised his eyebrows?

The above is only a brief sketch of what seems to be going on in the first four verses of this interesting sequence and is intended only to put the hokku in context.