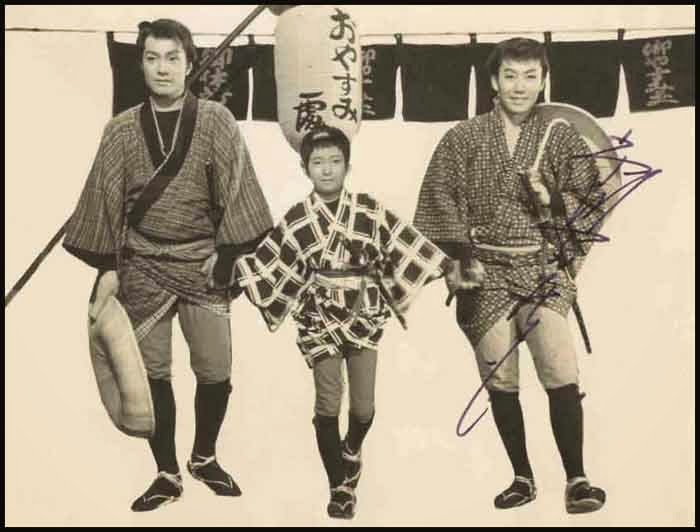 - quote
Yakuza
Despite uncertainty about the single origin of yakuza organizations, most modern yakuza derive from two classifications which emerged in the mid-Edo Period (1603–1868): tekiya, those who primarily peddled illicit, stolen or shoddy goods; and bakuto, those who were involved in or participated in gambling.

Tekiya (peddlers) were considered one of the lowest social groups in Edo. As they began to form organizations of their own, they took over some administrative duties relating to commerce, such as stall allocation and protection of their commercial activities. During Shinto festivals, these peddlers opened stalls and some members were hired to act as security. Each peddler paid rent in exchange for a stall assignment and protection during the fair.

The Edo government eventually formally recognized such tekiya organizations and granted the oyabun (leaders) of tekiya a surname as well as permission to carry a sword — the nagawakizashi, or short samurai sword (the right to carry the katana, or full-sized samurai swords, remained the exclusive right of the nobility and samurai castes). This was a major step forward for the traders, as formerly only samurai and noblemen were allowed to carry swords.

Bakuto (gamblers) had a much lower social standing even than traders, as gambling was illegal.
© More in the WIKIPEDIA !


On 10/27 (Dec. 10) in 1803, when Issa was staying with his friend and patron Natsume Seibi in Edo, he wrote a group of winter hokku on one topic. The following three hokku from this group seem to form a loose series that comment on each other. More research needs to be done on the historical context of these three hokku, but I offer the following provisional translations :

across the street
a godfather's house --
blowfish chowder

how much
does your boss eat?
blowfish chowder

even in Kyoto,
they say, he has followers --
blowfish chowder

In the first hokku, Issa says that across the street facing the house he is in -- presumably Seibi's house -- stands the house of an oyabun. The word literally means "surrogate parent" and was traditionally used by the head of a work group who took the role of father or parent to his hired workers, who were called kobun, or surrogate children. This paternalistic relationship meant that the employer paid his workers very little but was required to take care of their needs, as if he were taking care of his children.

In Edo in Issa's time, however, the term oyabun or surrogate father usually had a more specific meaning, one similar to the role of a godfather in the Sicilian mafia. Although the early Edo shoguns outlawed gangs that made money by gambling or selling stolen or low quality goods, by Issa's time such gangs operated semi-openly and were a growing force in the economy.

In contemporary Japan they are referred to as yakuza, though in Issa's time they were generally known by more romantic names and presented themselves as chivalrous do-gooder groups. The house mentioned in Issa's hokku must be a fairly expensive one to rent, since his friend Seibi was a very rich merchant and must have lived in an upscale part of Edo. This Edo godfather must be quite wealthy, and he may have a front business to disguise his gambling or other activities, which were generally permitted if kept out of sight.

Not surprisingly, the godfather likes to eat blowfish, which was not only an expensive delicacy but also a required dish for macho males wanting to symbolically prove their manhood. Blowfish livers and some other parts are extremely toxic and can even cause death, so the toxic parts of the blowfish were carefully cut out before they were cooked. Detoxing techniques weren't perfect, however, and casualties sometimes occurred, so eating blowfish, often in a soup or chowder, must have been a good way for the gang leader in Issa's verse to prove his manliness and bravery to his followers -- and to his opponents. Perhaps the smell of blowfish soup several times drifts across the street to where Issa is staying, and this suggests to Issa that the owner may be a godfather.

In the second hokku someone, presumably Issa, is speaking with some of the godfather's followers or underlings ("children"). It contains colloquial language and is probably for that reason vague. It's not clear what "How much?" refers to, but I take it to refer to blowfish soup. It could refer to many other things, however.

The third hokku seems to take for granted at least one conversation with some of the men working for the gang boss. Or perhaps this is something Issa heard from Seibi or from many people in the neighborhood, though it seems a bit amazing to Issa. The boss or godfather is obviously influential and wealthy, since he is said to have followers or underlings even in the old capital, that is, in Kyoto, the titular capital of Japan, which is far from Edo, the actual center of power. The scale of the godfather's activities seems to transcend the traditional parent/child relationships in ordinary work groups and suggests a wide network of lucrative activities.

Issa seems to regard blowfish as a symbol of the man's power and influence, and perhaps there is a hint that the boss is as puffed up as a blowfish.


This autumn hokku was written on 8/6 (Sept. 9) of 1804, when Issa was in Edo.
The word ani-bun was not used by siblings. It literally means "surrogate older brother; a man who plays the role (bun) of one's older brother," and in Issa's time it referred primarily to the older man in a same-sex male relationship in which one man was older than the other. In Issa's time same-sex relationships were common and not illegal, and even shoguns and daimyo lords openly had affairs with male pages and advisors. Generally, male love was suppressed only among the samurai and only in cases in which a relationship disrupted the semi-feudalistic chain of command in a particular castle or domain. Among the other classes, including Buddhist monks and Shinto priests, there was no moral or legal stigma attached to same-sex love. The word ani-bun also meant brother-in-law and could be used by younger males to address older males in an organization or tightly structured group.

Issa's hokku, about an open, unhidden night visit, clearly seems to be about a younger man visiting his older male lover's house. Presumably the younger man has dressed well in order to please his older lover, and in the light thrown by a street or house lamp Issa can tell from the man's clothes and hair style that he is involved with the older man living in the house. The fact that the young man stands facing the door for some time suggests complications, which Issa invites the reader to imagine. Has the older lover refused to open the door because he has told the younger man he doesn't want to go on meeting him any longer? Has the younger man heard the voice of another man inside with his lover? Has the older lover closed the door on the younger one and asked him to leave? Is the younger man planning to say something important to his lover that he rehearses in his mind before he knocks on the door? The possibilities go on and on, but by stressing that the fall night feels cold, Issa seems to be suggesting that the two men's relationship has reached a difficult or at least delicate point.

Yosamu or "night coldness" is a word not for bitter cold but for the feeling of coldness felt in autumn when the disparity between daylight and night temperatures is enough to make the night air feel even colder than it is. The word seems to fit very well the emotional coldness the young man feels.

buntan
is the great boss, yuzu
is his gang member
Tr. Gabi Greve 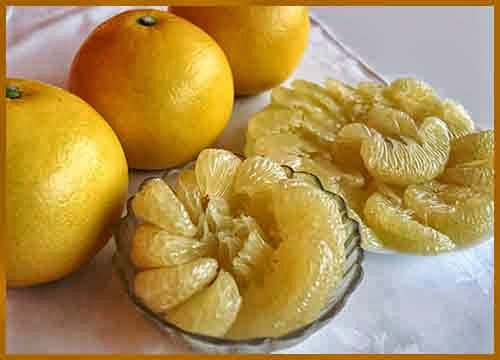