There are some places in Japan with this name.


Kameyama Castle (亀山城, Kameyama-jō, Kameyama joo)
is a castle located in Kameoka, Kyoto Prefecture. It guarded the northwest passage into Kyoto for nearly three-hundred years.
In the past, Kameoka was known as Kameyama and served as the provincial capital for Tamba province.
1577 - Under the direction of Nobunaga Oda, Mitsuhide Akechi erected Kameyama Castle.
1869 - Kameyama was renamed Kameoka
© More in the WIKIPEDIA !

The most famous is probably a mountain in Saga, Kyoto
京都市右京区の嵯峨にある山 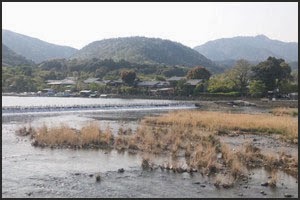 the carpenters
commute to Kameyama -
voice of a pheasant
Tr. Gabi Greve

This haiku refers most probably to Kameyama in Kyoto.

An old legend says, when Go Saga Tenno 後嵯峨天皇 (1220 - 1272) had ordered the construction of Kameyama Dono 亀山殿 Kameyama Retreat, the carpenters who had to walk there from Kyoto were afraid of a lot of poisonous snakes on their way. They thought the region was under a curse.
The ministers tried to convince them of the safety of the road, because it was a project for the Honorable Emperor himself, and while they talked, there was the loud cry of a pheasant. Pheasants are known to eat poisonous snakes.
So the spell was broken and the construction could proceed without further delay. 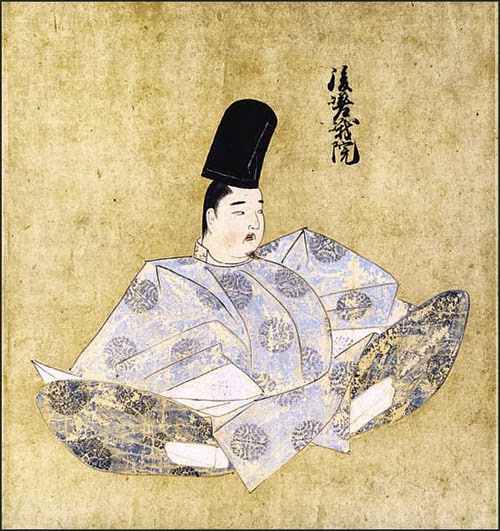 This 13th-century sovereign was named after the 8th-century Emperor Saga and go- (後), translates literally as "later"; and thus, he is sometimes called the "Later Emperor Saga". The Japanese word go has also been translated to mean the "second one;" and in some older sources, this emperor may be identified as "Saga, the second," or as "Saga II."
In 1246 he abdicated to his son, Emperor Go-Fukakusa, beginning his reign as cloistered emperor. In 1259, he compelled Emperor Go-Fukakusa to abdicate to his younger brother, Emperor Kameyama.
Emperor Kameyama (亀山天皇, Kameyama tennō)
(July 9, 1249 – October 4, 1305)
was the 90th emperor of Japan, according to the traditional order of succession. His reign spanned the years from 1259 through 1274.
© More in the WIKIPEDIA !

The emperor Gosaga was initiated as Emperor on the 16th day of the 6th month and had food purchased for 16 coins of the Kajo-period.
. WKD : kajoogashi 嘉定菓子）Kajo-cakes .

A carpenter
Going to Kameyama;
The cry of the pheasant.
.