- quote
- Michael Hoffman wrote in the Japan Times:
“The lord of Iyo (in Shikoku) lost a favorite hawk,” writes a Nagoya samurai diarist in an entry dated 1692, “and he sought it throughout his domain. One day, a certain farmer went out to tend his fields, while his wife stayed home with her weaving. A hawk flew in and perched on the loom. The wife took her shuttle and struck the bird, which straightway died.”

What was the punishment for accidentally killing (the woman had not struck with murderous intent) a lord’s favorite hawk? Whatever, the lord said it was. That, in essence, was Japanese law during the Tokugawa shogunate (1600-1867) — whatever someone above in the rigid social hierarchy said it was to someone below. Enraged, the lord had the woman crucified. He pardoned her husband, who hadn’t been home at the time — but he didn’t have to. Had his rage been a little greater, the husband would have been similarly dealt with, without anyone crying injustice or rising up in protest.

This trivial episode tells us much about Tokugawa rule — its gross cruelty, its boundless arbitrariness, its utter blindness to any moral standard beyond absolute submission to absolute power. As historian Charles Dunn tells us, “(The) criminal code, such as it was, could be changed without warning. This was in keeping with the fundamental Tokugawa attitude, derived from Confucian precepts” — selectively interpreted — “that the people should not be instructed as to what the law might be, but should be content to do what they were told.”

Astonishingly, they more or less were. They were not always docile. Famine drove peasants to riot thousands of times in the course of the Tokugawa Period. Impoverished townsmen too erupted from time to time. But on popular demands for individual freedom, human rights, minimal human dignity, the rule of law, the contemporary literature is silent. The poet Matsuo Basho (1644-94), whose unfettered lifestyle and supposed enlightenment should perhaps have given freedom some value in his eyes, wrote instead, “The august light of Tokugawa rule illumines the whole firmament, and its beneficent rays reach into every corner of the land so that all the people may live in security and peace.”

Peace, unquestionably, was an asset. Pax Tokugawa had been preceded by two centuries of civil carnage. A people forged in such fires might well give peace priority over freedom. Besides, freedom has many meanings. There is political freedom, which Tokugawa Japan knew nothing of; there is social freedom, which to the extent that it means a poverty-stricken peasant child may by dint of ability and application rise beyond his station, was practically nonexistent; and there is individual freedom, which was restricted enough but did exist, here and there, in isolated corners of this grim prison-society.
- source : Japan Times

The hallmark of the Tokugawa dynasty (1603-1867) was a strong belief in the Neo-Confucian ideals of morals, education, and strict hierarchical class structure in both government and society. After hundreds of years of civil wars, the fifteen Tokugawa shoguns made their foremost goals political stability and complete isolationism. The rice-based economy of Tokugawa period Japan was a complex form of feudalism. It was a country symbolically ruled by the emperor in Kyoto, while in actuality ruled by his shogun, or chief military advisor, in Edo.
The shogun implemented an administrative system which effectively organized Edo period society into a strict hereditary caste system in descending order of Neo-Confucian merit: warrior, farmer, artisan, merchant.[i] The different classes were separated by bungen, or lines of demarcation, which were almost impossible to cross.

Below the merchants in the hierarchy were the eta, or untouchables, who were not actually considered people and were largely outside the purview of any governmental body. Another group, the buke, or clergy (both Shinto and Buddhist) existed outside of the regulation of the feudal government to a large extent. The buke were required to pay tribute to the feudal government but effectively regulated themselves and did not go to the shogunate for the settlement of disputes; which was one of the only ways that the peasant class ever interacted with the shogunal government. The Confucian system was based on the idea that superiors ruled by example; their subordinates had no rights, per se, but rulers had a moral duty to treat subordinates correctly. Theoretically, the law would only step in to punish a failure of this moral duty, not to vindicate the rights of the victims.[ii]

Shogunal power rested on three key strategies. The first was using divine power in the name of the emperor to maintain legitimate authority that was beyond question, though the emperor himself was little more than a puppet and was virtually imprisoned in the imperial palace in Kyoto. The second was complete control of the daimyo, or feudal lords, in order to prevent a repetition of the internal strife and intrigue that had plagued the country until its unification in by Tokugawa Ieyasu in 1603 after the battle of Sekigahara. And the third was isolation, or sakoku, from not only the West but also from the Chinese mainland to minimize the threat of foreign influence or inspired rebellion. In fact, by 1635 the Japanese people were forbidden to travel abroad and those who were already abroad were not permitted to come home.[iii] All foreign trade was suspended, except for trade with the Dutch[iv]. However, the entire Dutch trading mission was expelled to Dejima, an artificially made island in Nagasaki harbor.[v] When the Portuguese attempted to re-establish trade relations with the shogunal government their entire delegation was summarily executed upon arrival.[vi]

Another Western influence that the Tokugawa tried to eradicate was Christianity. In some village codes, which were largely a reflection of shogunal wishes, there appear articles like: “The peasants are investigated every month, and comings and goings are checked with the pertinent temple in each case to verify affiliation. Therefore, should there be a Christian in this village, not only his goningumi [village council] and the headman but the entire village will be punished.”[vii] Christianity was most likely viewed by the shogun as dangerous to the stability of the new nation because of its direct opposition to the Confucian ideal of maintaining the status quo that the shogun was attempting to instill in the people. Another problem with Christianity is that its influence had always been strongest in Kyushu and southern Honshu where the most powerful internal enemies of the shogun had their fiefs and the shogun did not want to allow those lords to gain the sympathy of and ally themselves with the Western powers in any way.[viii]

The stability gained by isolation and strict class control saw feudal Japan double its population from fifteen-million to thirty-million in the first half of the period as well as an increase in urbanization and the influence of the merchant class.[ix] Though Confucian ideals would rank merchants at the bottom of the class structure as economic parasites, since they did not actually produce anything, during Edo period Japan they became the creditors of overlords and samurai alike. While this did not officially increase their status in polite society, holding the purse strings of a powerful overlord could guarantee many perks in a society which continued to emphasize agrarian taxation and failed to tax the ever-expanding urban industries.[x]

Villages, which operated as largely autonomous units, were also expanding their industries with enterprises like silk production, textile weaving, and sake brewing.[xi] However, many of these entrepreneurial villagers failed at their endeavors, went into debt, and migrated into the cities to form the base of the unskilled labor force which fed the increasing urbanization.[xii] This growth and expansion peaked during the Genroku period[xiii] (1688-1704). Another interesting note is that between 1600 and 1720 the percentage of arable land in Japan nearly doubled.[xiv] This was most likely in part due to the fact that the lower classes could pursue their enterprises, be it sake brewing or irrigation projects, fairly single-mindedly since they were completely excluded from political activity outside the village unit.[xv] In fact the legal system of Tokugawa Japan had two very distinct jurisdictions which interacted very rarely: the shogunal government and the village government.

- - - - - Politics, Government and Social Structure
- - - - - Law and Punishment
snip
- - - - - Conclusion
Towards the end of the Tokugawa period the villages became less and less autonomous as the pressures of urbanization and the swollen bureaucracy of the bafuku closed in on them. The strict class structure gave way to the more modern entrepreneurial spirit of Japan that we see today, even though history and tradition still play a large part in Japanese family life. The Meiji restoration brought a still antiquated Japan into the glare of the modern world and old traditions like the samurai and eta faded away along with status restrictions and wars fought without guns. Isolationism may have been the best way to bring order to a country which had suffered from civil strife and turmoil for so long, but in the end the temptations of trade and modernity were too much for Japan to resist.
- - - Full text available here
- source : daviddfriedman.com - 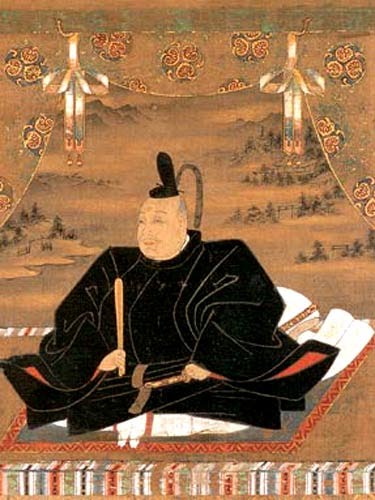 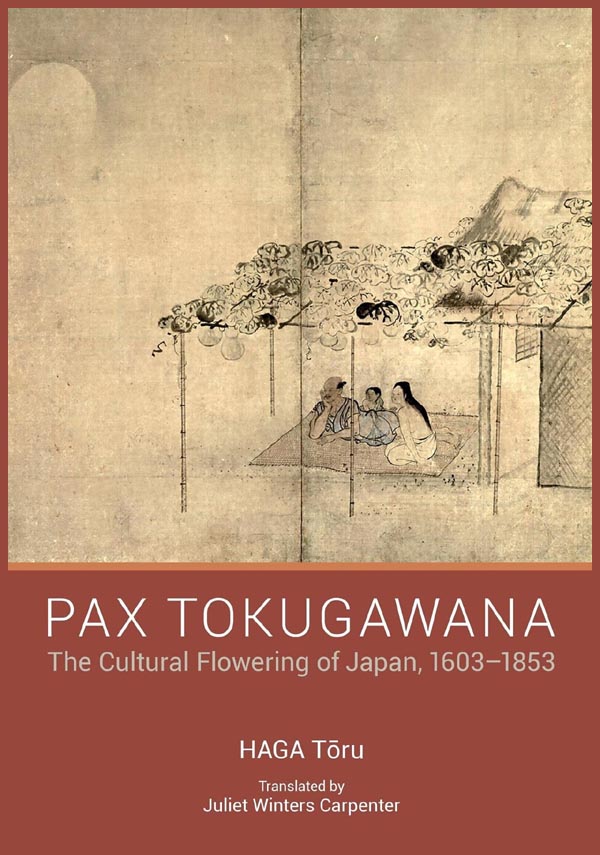 Lightning -
girdled by waves
the islands of Japan

This haiku by Yosa Buson (1716-1784) captures a snapshot of Japan in the Tokugawa era: isolated, peaceful, self-contained.
The Tokugawa era (aka Edo period),
which stretched from 1603 until its fall in 1868, has generally been considered a dark, feudal age run by a draconian police state. To be sure, the samurai could come down hard on dissidents and were inveterate party poopers, but this period also witnessed the flourishing of practically every gentle art that Japan has become famous for: tea, horticulture and landscape gardens, kimono textile design, woodblock prints, haiku and its satirical cousin senryū, kabuki and the puppet theatre, and a few forms like kyōka (“mad poems”) and gesaku pop literature that would be less known to the layperson. In his book, Pax Tokugawana: The Cultural Flowering of Japan, 1603-1853, Haga Tōru covers all these, as well as the advances made chiefly in medicine and natural history by Japanese philosophers and scientists. This collection of Haga’s essays is elegantly translated by Juliet Winters Carpenter, capturing the voice of this engaging writer. ...
--- From the early 17th century—when Japan booted out Christians and most other Europeans except a few Dutch merchants—until Commodore Matthew C. Perry steamed into Edo Bay in 1853 (forcing the country to open to foreign trade), Japan had been a closed country, sakoku in Japanese. ...
- - - Review by Cody Poulton
- source : booksonasia.net/2021/06/24 ... -