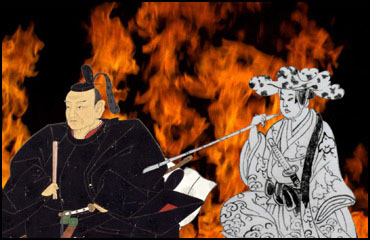 Muneharu shared a lot with Shogun Yoshimune.
Since he lived with the common people in his youth, he knew about the problems of the poor and tried to improve their lot throughout his life.


Yet later Muneharu could not agree with the severe frugality laws and sumptuary edicts of Yoshimune.
In Edo he favored the Yoshiwara courtesan Koshikibu (who later changed her name to Koharu).
In 1731 he became the Daimyo of Owari (Nagoya).
In his quest to improve the life of the people of Owari (Nagoya), he had theaters built in town, held colorful festivals and revived the economy in no time. He is also known for personal luxury, but this was his gesture to show how spending money by the rich would trickle down to the poor in town.
The population of Nagoya grew very fast during his reign.

He revived the Festival floats with karakuri ningyo からくり人形 delicate mechanical dolls to an extend that the skilled craftsmen of Nagoya are famous to our day (Nagoya no monozukuri). 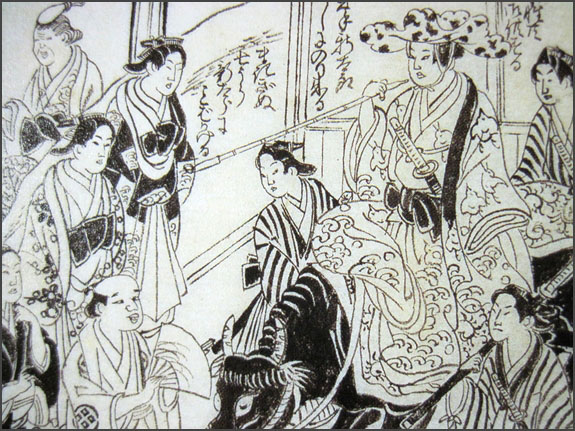 He paraded in the streets with a huge hat and a long pipe of about 2 meters, riding a white oxen. 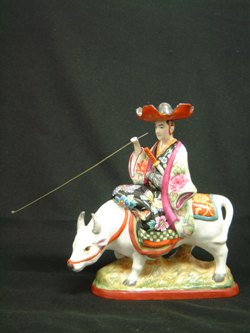 But whatever worked well for the economy of Nagoya would not be accepted by Yoshimune for the whole of Japan.

- quote
Tokugawa Muneharu 徳川 宗春, November 20, 1696 – November 1, 1764
was a daimyo in Japan during the Edo period. He was the seventh Tokugawa lord of the Owari Domain, and one of the gosanke.

Muneharu was the 20th son of Tokugawa Tsunanari by a concubine, and a great-great-grandson of Tokugawa Ieyasu. During his lifetime, he rose to the junior third rank in the Imperial court, and held the titular office of Gon-Chūnagon (acting middle councilor). He was posthumously awarded the junior second rank and the office of Gon-Dainagon (acting great councilor). Among his brothers were Tokugawa Yoshimichi and Tokugawa Tsugutomo (the fourth and sixth lords of Owari), and Matsudaira Yoshitaka (second lord of the Mino Takasu Domain). A sister, Matsuhime, married Maeda Yoshinori, lord of the Kaga Domain, which was the richest domain in Japan outside the Tokugawa's own holdings. Muneharu did not marry, but had numerous concubines. His fourth daughter married the kampaku Konoe Uchisaki.

- - - - - Loss of power
Given to personal luxury, in 1731, Muneharu published a book, Onchiseiyō (温知政要), which criticized ruling shogun Tokugawa Yoshimune for his policy of excessive frugality.
In 1739, following a long dispute with Yoshimune, Muneharu was forced into retirement and confined within the grounds of Nagoya Castle. A relative succeeded him as lord of Owari, taking the name Tokugawa Munekatsu. After the death of Yoshimune, Muneharu moved outside the palace grounds. He died in 1764, but was not forgiven, and a metal net was placed over his grave to indicate his status. When a later shogun installed his own son as lord of Owari, 75 years after the death of Muneharu, he had the net removed as a gesture of pardon.
- source : wikipedia 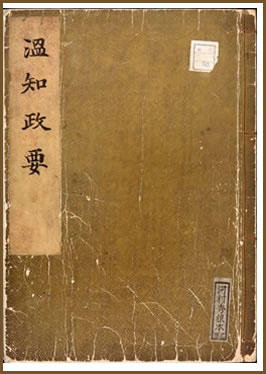 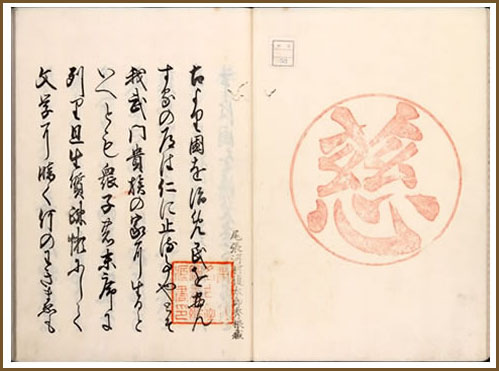 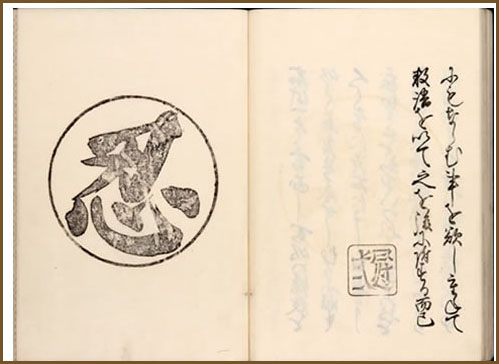 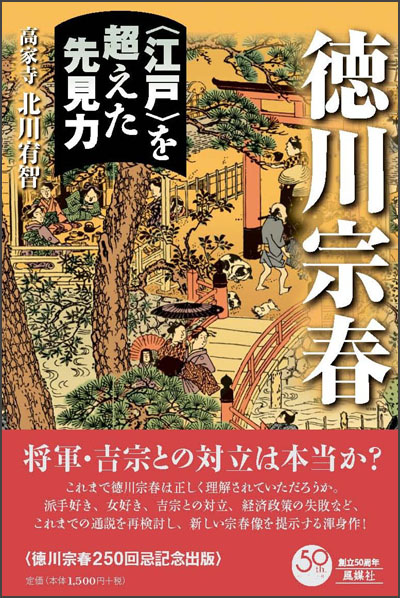 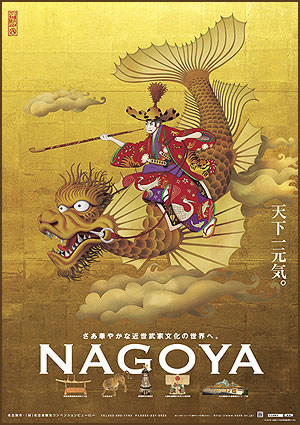 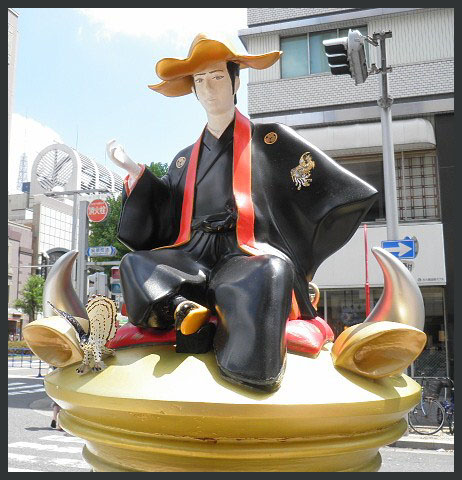 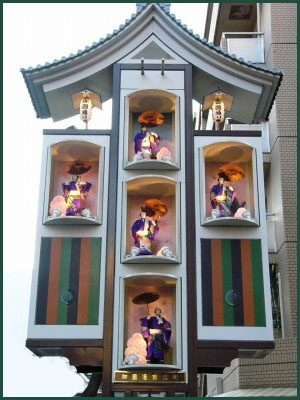 - quote -
"The theme of this karakuri is created on the image of Tokugawa Muneharu, the 7th Lord of the Owari Clan.
Tokugawa Muneharu was a multi-talented lord of strong individuality.
He wandered the streets of Nagoya wearing showy clothes, surprising people with his unique appearance. He also promoted local commerce and arts. By so doing, he greatly contributed to the economic and cultural development of Nagoya."
- source : kikuko-nagoya.com/html/karakuri-dokei- 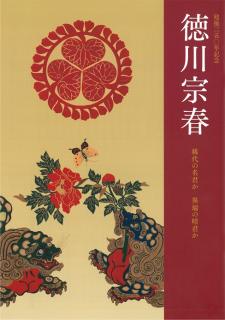 - quote -
a private art museum, located on the former Ōzone Shimoyashiki compound in Nagoya, central Japan. Its collection contains more than 12,000 items, including swords, armor, Noh costumes and masks, lacquer furniture, Chinese and Japanese ceramics, calligraphy, and paintings from the Chinese Song and Yuan dynasties (960-1368).
- - - More in the WIKIPEDIA !