- quote
Otemachi is located north of Tokyo Station and Marunouchi, east of the Imperial Palace, west of Nihonbashi and south of Kanda. It is the location of the former site of the village of Shibazaki, the most ancient part of Tokyo.
Ōtemachi is known as a center of Japanese journalism, housing the main offices of three of the "big five" newspapers as well as being a key financial center and headquarters for large Japanese corporations. It is also the location of the Japan Postal Museum.
The Tokyo Fire Department is headquartered in Ōtemachi, as is the Japan Meteorological Agency. 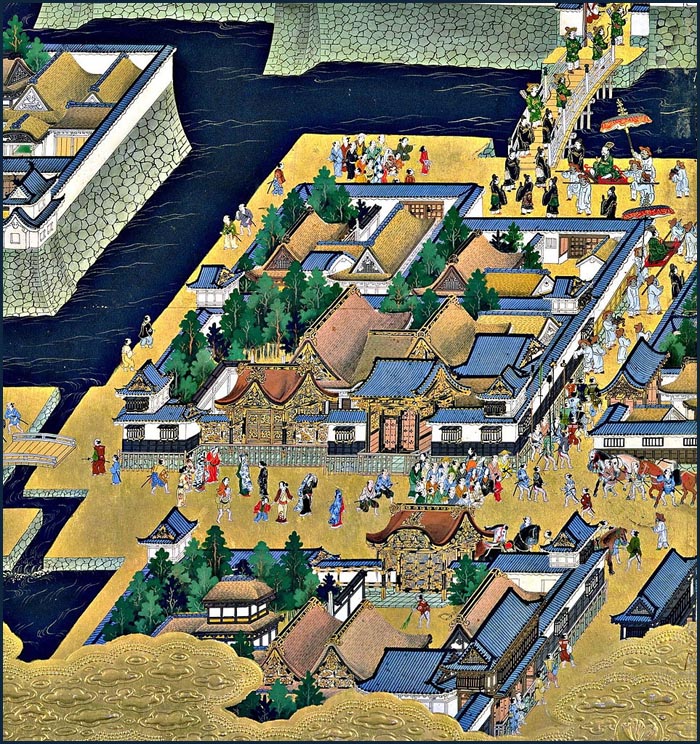 Ōtemachi derives its name of Ōtemon ("Great Hand Gate") of Edo Castle.
During the Edo period, various daimyōs constructed their lavish residences outside the castle, such as the residence of the daimyō Matsudaira Tadamasa. Ōtemachi was completely destroyed during the Great Fire of Meireki in 1657. It was rebuilt, albeit on a smaller, less grand scale. Ōtemachi remained however in the possession of the various daimyō families until the end of the Tokugawa system and the start of the Meiji period in the 1860s.
The various daimyō families lost their lots as the area was repossessed by the government, who constructed various governmental offices. Today nothing remains of its residential past, the area is dotted with modern high-rise buildings.
In order to gain revenue, the government decided to sell the area into private hands. The area was completely redeveloped.
- - - - More in the WIKIPEDIA !

In the Eod period, it was located in front of the 平川御門 Hirakawa Gomon Gate, leading to Hirakawamura 平川村 Hirakawa village.
Hirakawa village is now known as Otemachi. Other parts have become 一ツ橋 Hitotsubashi and 九段南 Kudan-Minami. 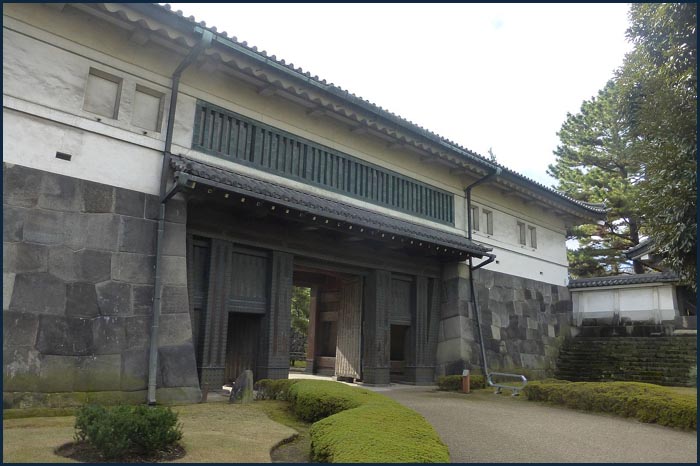 - quote -
Hirakawa-mon (平川門) is said to have been the main gate to the Sannomaru of Edo Castle. It is also said to have been the side gate for maidservants and therefore called the Otsubone-mon.
The shape of this gate is in the masugata, similar to the Ōte-mon. However a watari-yagura-mon is built to an adjacent left angle within the kōrai-mon, of which it has two. The other kōrai-mon is located to the west of the watari-yagura-mon which was used as the "gates of the unclean" for the deceased and criminals from within the castle. Outside this gate is a wooden bridge with railings crowned with giboshi ornamental tops.
- - - More in the WIKIPEDIA ! 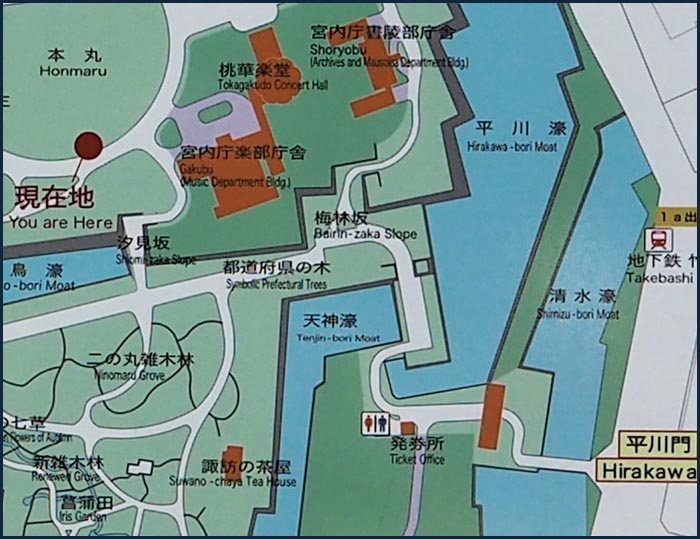 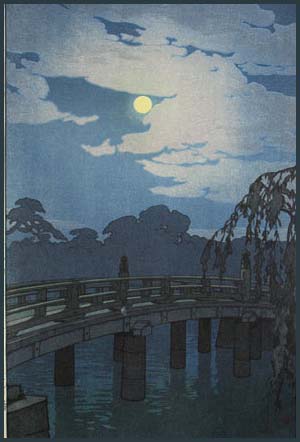 平川天満宮 / 平河天満宮 Hirakawa Tenmangu, Hirakawa Tenjin
This Shrine is the closest to the living quarters of the Emperor in Tokyo, and thus quite popular.

- quote -
The history of Hirakawa Tenmangu Shrine starts with Ota Dokan (1432-1486), the poet-warrior-monk tasked with designing and building Edo Castle (today's Imperial Palace Tokyo). Ota is said to have had a dream about the Heian era scholar, Sugawara no Michizane (845-903), who is venerated as a deity in Japan. Then the very next day, he happened to be presented with a scroll of one of Sugawara's works. Taking these as a sign, he established a shrine to Sugawara no Michizane on the northern edge of the castle, not far from the Hirakawamon Gate, which he planted with Chinese plum trees - what is today's Bairinzaka (梅林坂 Plum Tree Slope).
Then, in 1607,
soon after the first Shogun of the Edo era, Ieyasu Tokugawa, occupied Edo Castle, the shrine was moved to its present location in the area then known as Kaizaka, renamed Hirakawacho after the shrine.
Hirakawa Tenmangu Shrine was the shrine at which all three branches of the ruling Tokugawa clan petitioned at, and every New Year, the head of the shrine was afforded the status of being allowed a personal audience with the Shogun.
Also, being dedicated to Japan's most eminent scholar, Hirakawa Tenmangu shrine has been worshiped at by later scholars, notably the blind scholar 塙保己一 Hokiichi Hanawa (1746-1821) and the scholar of Western science,
高野長英 Choei Takano (1804-50), and continues to be associated with learning, and success in learning, to this day. As such, the shrine is a renowned destination for students praying for success in examinations.
Hirakawa Tenmangu
suffered destruction several times, the latest being by bombing in the Second World War, and was reconstructed in 1969, the only "original" parts being the copper torii gate that was donated by local residents in 1844, and the stone guardian lions, dating from 1852.
..... 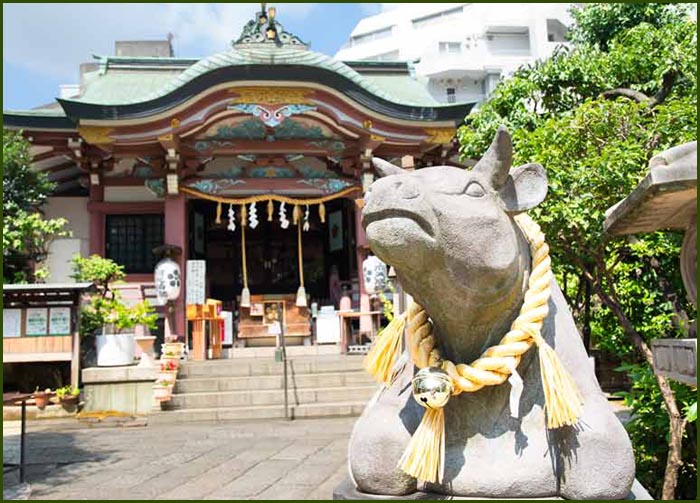 There are no less than 5 stone cows on the grounds.
The cow is associated with Tenjin shrines, which are always shrines for scholars. The most famous one in Tokyo is Yushima Tenjin shrine in east Tokyo. The god Tenjin is usually depicted riding on a cow. Stroking one, or all, of the stone cows here at Hirakawa Tenmangu is believed to endow you with scholarly aptitude.
- source : japanvisitor.com... - 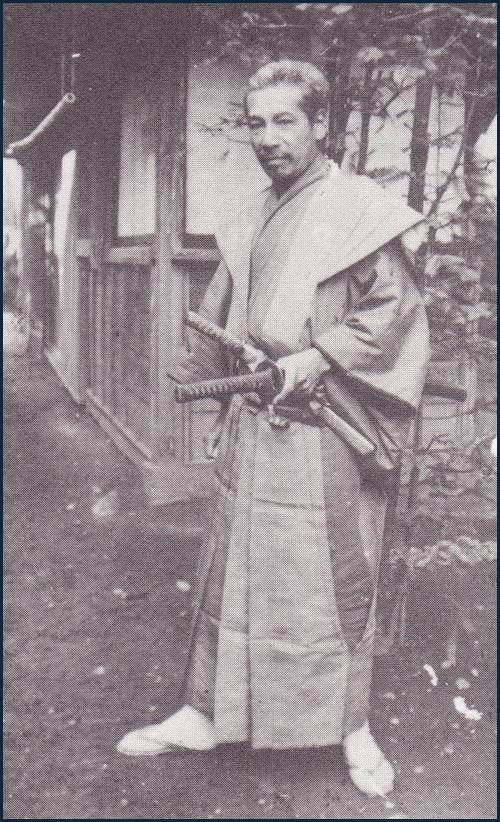 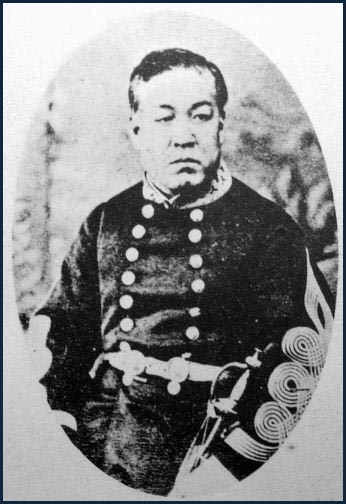 - quote -
Matsumoto Jun 松本順
(also known as Matsumoto Ryōjun 松本 良順) (July 13, 1832 – March 12, 1907) was a Japanese physician who served as the personal physician to the last shōgun, Tokugawa Yoshinobu. He also studied photography with J. L. C. Pompe van Meerdervoort (1829–1908), though he was somewhat unimpressed with his instructor's skills, once describing the result of one of Pompe van Meerdervoort's photographic experiments as "a meagre black shadow". Foreign Minister Hayashi Tadasu was his brother.
Matsumoto was born as the son of the domain physician of Sakura Domain, at the clan's Azabu residence in Edo. He was sent to Nagasaki in 1857 to study rangaku, during which time he studied both western medicine and photography. When Swiss photographer Pierre Rossier arrived in Japan in 1859, Matsumoto ordered Maeda Genzō to assist Rossier. Maeda subsequently became a pioneering Japanese photographer. Another link between Matsumoto and photography dates from some point between 1857 and 1859 when he adopted the 13-year-old future photographer Uchida Kuichi.
Matsumoto helped the Aizu Domain modernize its medical practices, and in 1868 moved to Kyoto to assist Aizu daimyō Matsudaira Katamori during the latter's tenure as Kyoto Shugoshoku. The situation in Kyoto was very unsettled, and Matsumoto befriended Shinsengumi leader Kondō Isami and rendered medical assistance to them. During the Second Chōshū expedition of 1866, he served as personal physician to the 14th Tokugawa shōgun, Tokugawa Iemochi.
During the Boshin War of the Meiji Restoration, he volunteered his services as an army medic accompanying the infantry supporting the Shogunate. After the Battle of Aizu in 1868, he made his way to Sendai, and enlisted with the Ōuetsu Reppan Dōmei. Briefly imprisoned after the war by the new Meiji government, he was released through the efforts of Yamagata Aritomo, who asked him to help develop the medical corps of the fledgling Imperial Japanese Army.
During the Meiji era, he maintained his relations with former retainers of the Shogun. He also was instrumental in helping Nagakura Shinpachi and Saitō Hajime build a monument to the Shinsengumi at Itabashi in Tokyo. He subsequently served in the House of Peers and received the title of baron (danshaku) under the Kazoku peerage system. Matsumoto died in 1907, and his grave is at the temple of Myodai-ji in Ōiso, Kanagawa.
- - - More in the WIKIPEDIA !

. General Taira no Masakado 平将門 (? – 940) .
His tomb (which contains only a kubizuka 首塚 monument to his head) is near exit C5 of Tokyo's Ōtemachi subway station.
Masakado was one of the most feared "onryo" (vengeful ghosts) in Japanese history.