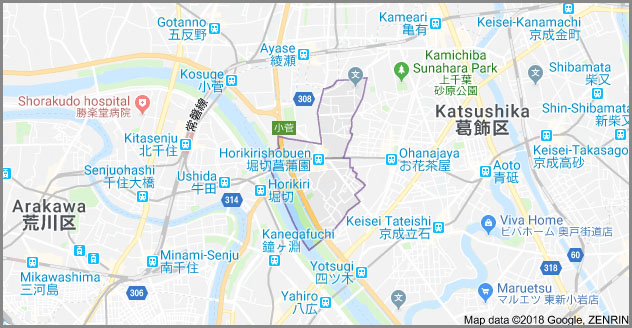 A district in . Katsushika ward 葛飾区 .

During the Kamakura period,
the land between the rivers 江戸川 Edogawa and 中川 Nakagawa belonged to the clan of
葛西三郎 / 葛西清重 Kasai Saburo Kiyoshige (1161 - 1238).
The land was more of a swamp in constant danger of floodings.
One of Kasai's retainers, 御城蔵人正房 Oshiro Kurando Masafusa had his castle built there,
with a moat around it, but it was later abandoned.
The place was also called 御城地（みじょうち）Mijo-Chi.
In the Muromachi period, remains of the old moats were found and the area got the name "Horikiri".
In the Edo period, villagers begun to use the swamps to plant flowers that need a lot of water.
A gardener named 伊左衛門 Izaemon collected iris seeds from all parts of Japan.
His son continued the collection and by 1835, they grew more than 180 different types.

The area became quite famous for its Iris during the Edo period and many visitors came. 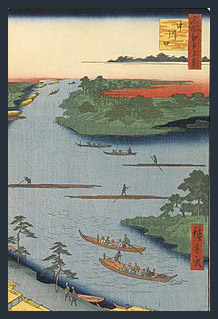 is a river that flows from Hanyu, Saitama to Edogawa, Tokyo. There it merges with the Arakawa River
The river is 83.7 kilometres long. 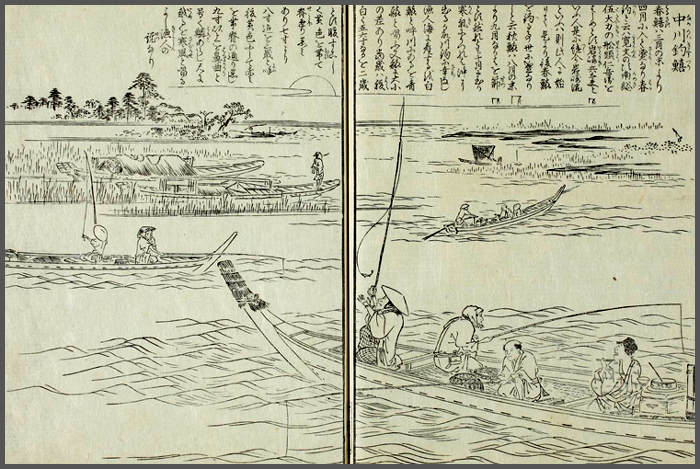 - Print by Hasegawa Settan 1834-1836
During the Edo period, fishing was established as an entertainment culture. Goby fishing in fall and Sillago fishing in spring and fall were especially popular, and various fishing guide books or books of fishing secrets were published.
- source : Tokyo Metropolitan Library - 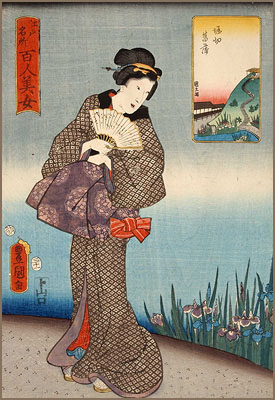 The iris is an essential flower for the Tango Festival. Irises were like a protective amulet to the people of Edo who feared epidemics and diseases in the run up to summer and the practices of drinking iris sake as well as submerging oneself in iris bath were carried out in the belief that it would also dispel evil and have an effect against poisoning from snakes and insects.
It is not known when irises were brought to Horikiri. 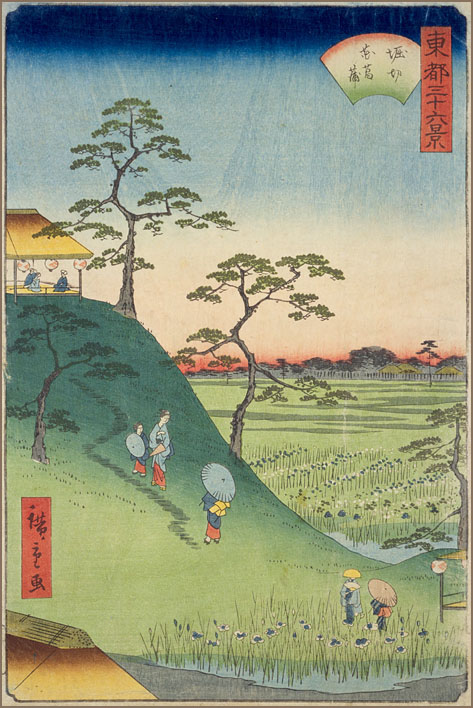 A marshy area where a branch of the 綾瀬川 Ayase-gawa River flows, it is perfect for cultivation of the Japanese iris. At the beginning of the 19th century, the farmer Iza'emon began cultivation of the Japanese iris, and at the end of the Edo Period, a wide variety of iris plants thrived and bloomed here. This created iris gardens which many of the people of Edo came to see.

It is said by some that Shogen Miyata, the retainer of an estate steward of the area, Taneo Kubodera in the Muromachi period, had irises brought from the Asaka marsh (present day Koriyama City, Fukushima Prefecture) and started cultivating them and it is also said by some that during the Bunka period (1804-1818), a local farmer called Izaemon was interested in irises and received varieties including 'juni-hitoe' from Rokusaburo Mannen, the local hatamoto, 'hagoromo' and 'tatsutagawa' from the iris lover Sakingo Matsudaira, and began cultivating the irises. 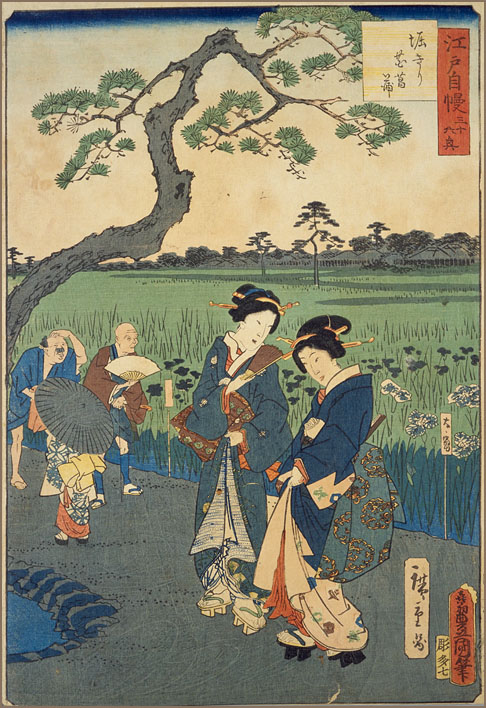 The district is famous to our day for its 堀切菖蒲園 Iris Park. 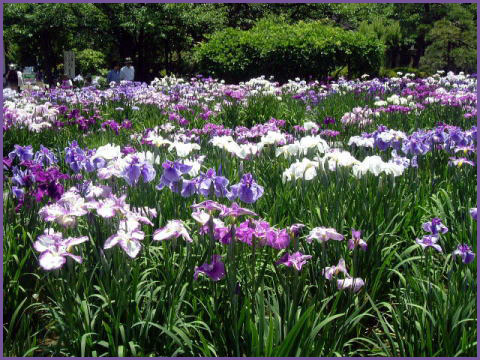 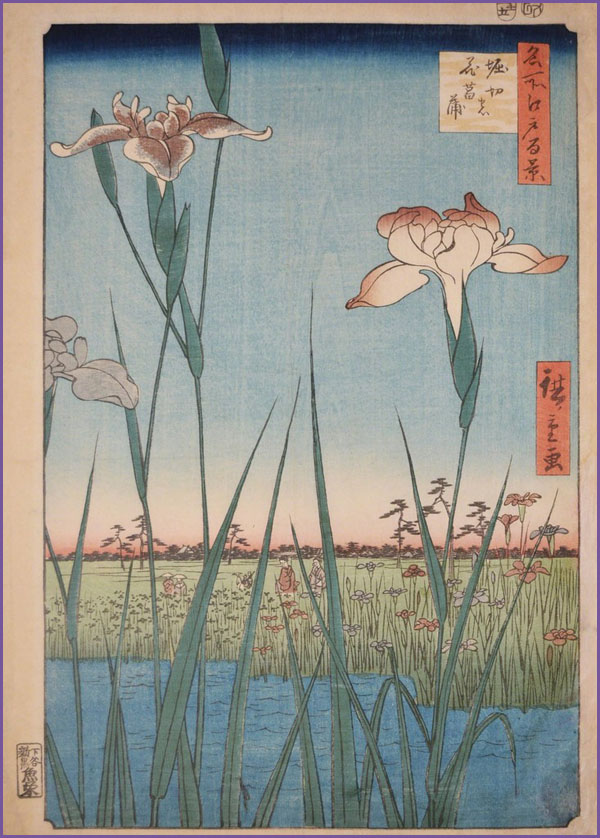 - quote
The village of Horikiri was known for producing flowers for the Edo market.
While the gardeners of Horikiri grew a year-round variety of flowers, the fame of the place derived from the flower represented here, a type of iris known as hanashōbu that was ideally suited to the area’s swampy land. In the immediate foreground are three carefully detailed specimens. In the distance, sightseers from Edo may be seen admiring the blossoms. Hiroshige noted that so many lovely women from Edo came to view the blossoms that it was difficult to distinguish which were the real flowers.
- source : artsandculture.google.com/asset 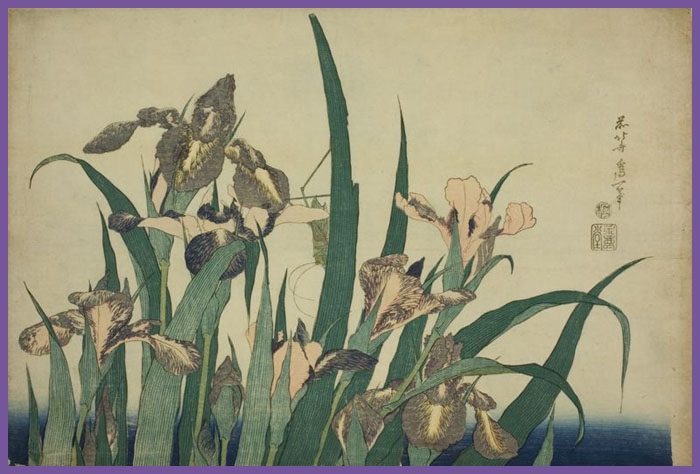 The long leaves of the iris (shoobu) reminded the Samurai of their swords.
The word SHOOBU 勝負 also means a fight, usually to the death.

***** . seasonal festival of the iris .
菖蒲の節句 shoobu no sekku
The Boy's Festival on the fifth day of the fifth lunar month, now May 5.

Other villages in Edo with the word hori, -bori - moat, canal

. hori 堀 moat and districts with this name . 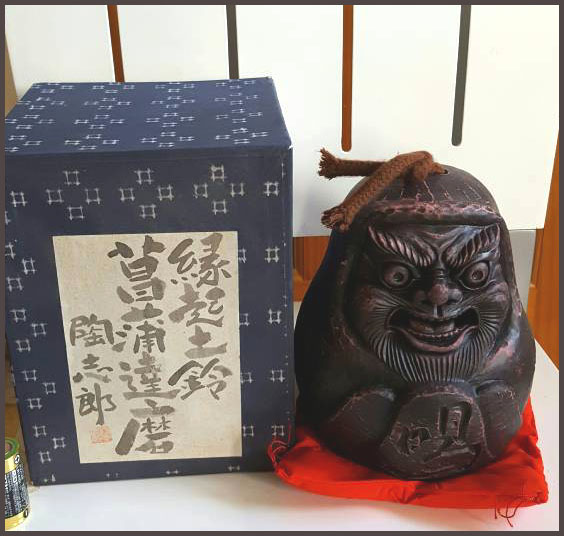