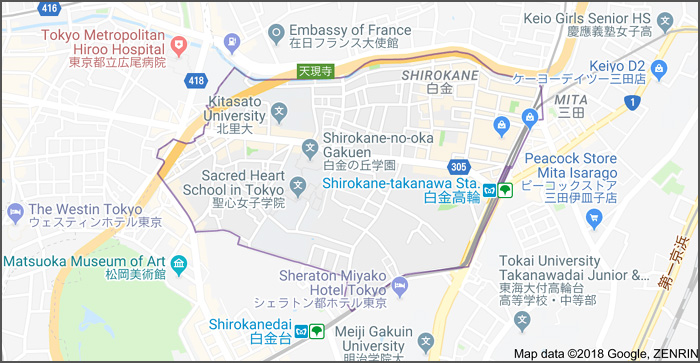 The Shirogane chooja 白金長者 lived here around 1400, known as the "silver millionair". He developed the land and his name gave rise to the district name.
He horded shirogane 白銀 silver.
白金 is now known as platinum.

- quote
The term Shirokane narrowly refers to Shirokane 1-chōme to Shirokane 6-chōme, but is sometimes used to include the larger neighborhood formerly known as Shiba-Shirokane (芝白金), which encompasses part of Shirokanedai and Takanawa as well as Shirokane.
Shirokane is one of the most wealthy neighborhoods in Japan which located in the southwestern part of Minato, Tokyo. It is a quiet residential area that is abundant in undeveloped green space. And also this area is known for its one of the most expensive real estate fee for living in Japan. Shirokane has boundaries with the neighborhoods of Minami-Azabu, Shirokanedai, Takanawa and Ebisu. ... The recent opening of a subway allowed the area centered at Shirokane-Takanawa Station to undergo a large redevelopment.
... There are forest areas owned by academic institutions and private companies such as Seishin Joshi Gakuin and the Kitasato Institute. With the Institute for Nature Study and the Institute of Medical Science in Shirokanedai, these areas forms one of the largest green districts in the special wards of Tokyo. This large green area traces back to daimyo's mansions which existed in Edo period; later, industrialists made their residences in this place, which gave rise to the well-known upper-class neighborhood.
- - - - - Etymology
During the Ōei era (1394–1428), a government official of the Southern Dynasty who settled here became wealthy. His nickname was Shirokane Chōja (白金長者), which means "man who possesses much white gold" (白金), a reference to platinum.
Thus the name of this location is the "Platinum District".
- - - - - Slopes
Shokkō-zaka (蜀江坂)
Sanko-zaka (三光坂)
Meiji-zaka (明治坂)
- source : wikipedia


- quote
So the story goes that in the 14th century, a powerful clan migrated here and took the area under their direct control and began the development and cultivation of the area. According to the legend, the family was called Yanagishita 柳下氏 or Yagishita or Yanashita the Yanagishita clan. The story goes so far as to allege the head of the clan was a certain 柳下上総之介 Yanagishita Kazusanosuke who was so rich that he was called the shirokane chōja 白金長者 the silver coin millionaire. Bear in mind that there is very little corroborating evidence to support this story.
The name Shirokane
first appeared in 1559, when the so-called Late Hōjō clan granted a place called Shirokane Mura 白金村 Shirokane Village to the great grandson of Ōta Dōkan.
..... judging from the topography there clearly was a pre-Azuchi-Momoyama fortress in the area[iv], which at least indicates that some powerful lord lived in the area before the coming of the Tokugawa. The ruins, which are just embankments and plateaux today, can be seen in Shirokanedai at the Shizen Kyōikuen 国立自然教育園 National Park for the Study of Nature.
..... in the Kamakura Period, this area fell under the domain of the clans such as the Edo and the Shibuya. One of these clans may or may not have had fortresses in the area – and it’s possible that they could have – and the timing is right. Apart from the anecdotal story from the late Edo Period, the Yanagishita clan is otherwise unknown in the area.
Complicating the issue,
later, after the coming of the Tokugawa and the establishment of sankin-kōtai 参勤交代 the alternate attendance system, this area became home to many palatial residences of 大名 daimyō lords. In 1627, the Sanuki no Kuni Takamatsu-han no Matsudaira-ke 讃岐高松藩松平家 the Matsudaira Family of theTakamatsu Domain in Sanuki Province, a branch family of the Tokugawa, established a shimo-yashiki 下屋敷 lower residence here. .., the lower residence was usually the grandest and would have included beautiful gardens and ponds.
In the Meiji Era,
the imperial government set about its wholesale erasing samurai history and appropriated the sprawling palace of the Matsudaira and repurposed the land as an arsenal for the Imperial Navy. In 1893, the arsenal was transferred to the Imperial Army. In 1917, the wooded area was granted to the Imperial Forestry Bureau. In 1949, the area was finally open to the public as Kokuritsu Shizen Kyōikuen 国立自然教育園 the National Park for the Study of Nature.
..... However, another intriguing theory exists.
This theory proposes that the name actually derives from a Classical Japanese phrase 城ヶ根 shiro ka ne/shiro ga ne/jō ga ne which would mean something along the lines of “the castle’s embankments” or “castle foundations.” According to this etymology, the presence of a former lord’s castle ruins from time immemorial came to be written in more auspicious kanji, ie; 白金 shirogane/shirokane “silver” or “silver coins.” In the Edo Period, a folk etymology came to be circulated which created this Shirokane Chōja Silver Coin Millionaire character and story.
Another kind of interesting thing about this place name is that it does mean “silver” or “silver coins” and to this day the area is located in the richest ward of Tokyo.
- source : japanthis.com/201... 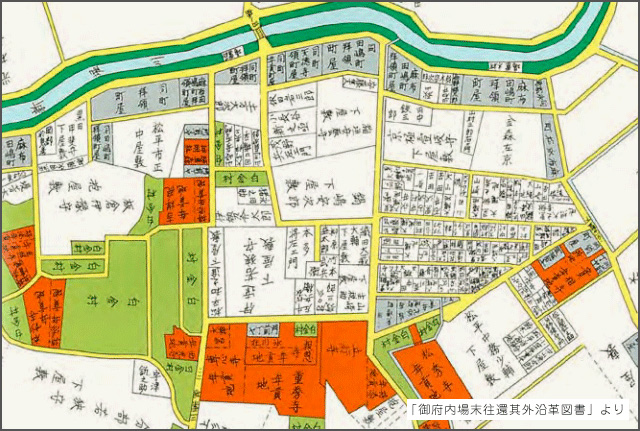 
Many craftsmen working with silver came to live in this district, attracted by the name.
. shokunin 職人 craftsman, craftsmen, artisan, Handwerker .

Shirokanedai 白金台（しろかねだい） Shirokane-Dai
- quote -
The kanji 台 is a reference to a daichi 台地 plateau.
As mentioned earlier, the area was clearly fortified no less than 500 years ago. The area was probably a naturally high area, but it was intentionally built up too. Anyways, while one common meaning of the kanji 台 in a place name is “high ground,” it’s not always a reference to elevation in the modern geological sense (think sea level); it was a much more relative term. But in this case, it is most certainly a reference to the foundations of the old fortifications.
- source : japanthis.com/201...

- quote -
Shirokanedai (白金台)
is a highly affluent district of Minato, Tokyo. The district today is made up of 5 chome.
The former neighborhood of Shirokanedai (Shirokanedaimachi, 白金台町) consisted only of very narrow area along Meguro-dori (Tokyo Prefectural Route 312) and the former imperial estate called Shirokane Goryochi. It was merged with nearby neighborhoods after the promulgation of the current addressing system in 1969.
Located at the southwestern end of Minato, the neighborhood of Shirokanedai lies between Ebisu, Kamiōsaki and Higashigotanda on the west, Takanawa on the east, and Shirokane on the north.
..... Shirokanedai remains abundant in natural green space, for historically Shirokanedai-cho was home to the former imperial estate called Shirokane Goryochi (now the Institute for Nature Study and the Tokyo Metropolitan Teien Art Museum are located) and several national institutions such as the former Institute of Public Health and the former Institute of Infectious Diseases (now the Institute of Medical Science, University of Tokyo). Later, Shirokanedai came to be considered as one of the most upmarket residential areas in Tokyo,
- source : wikipedia - 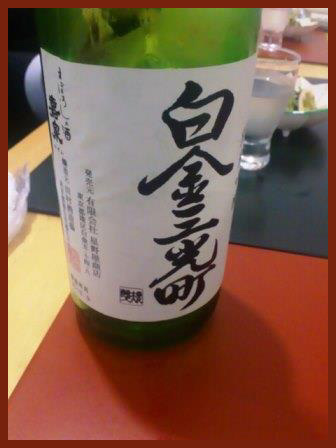 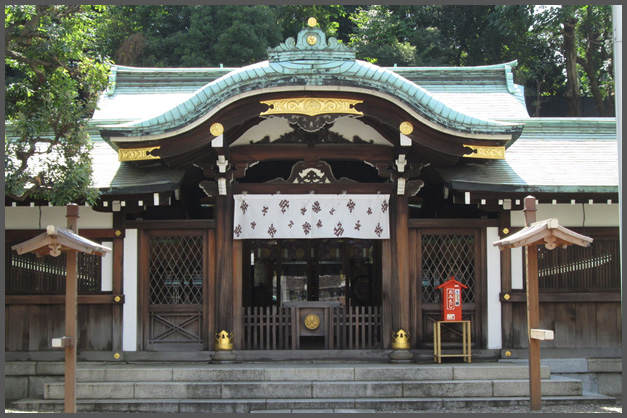 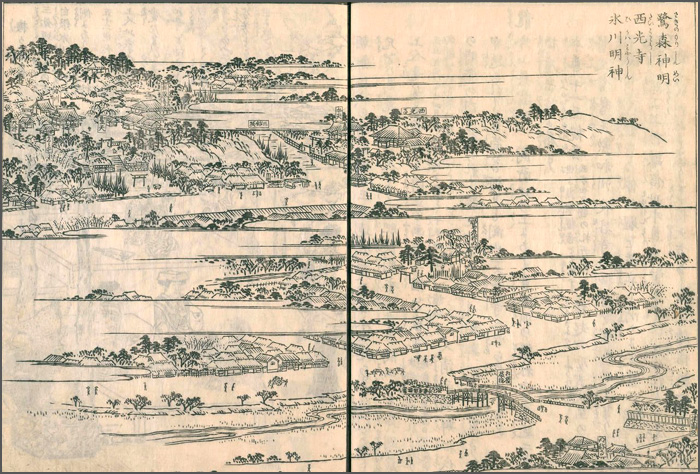