- quote
Korokan is the site that supported Fukuoka’s interaction with visitors from abroad in ancient times. It existed from the 7th to the 11th centuries as a guest house for delegations of emissaries and merchants. It was also used by Japanese delegations on their way to China and Korea. Excavations have turned up many ceramics, among which are items from Islamic countries and Persia. That demonstrates the breadth of interaction that occurred in the area.

The Korokan site, which is rather large, was discovered in one section of Ohori Park in the Fukuoka Castle in 1987. Facilities of this type were also located in Kyoto and Osaka, but only the Fukuoka remains have been discovered. Excavations have been conducted slowly but steadily at the site in the 25 years since its discovery. Visitors can see the excavations from behind a fence. There is also a museum that displays items from the site.

Evidence was found to support the theory that the roof tiles on Korokan were fired at a site in Fukuoka City’s Nishi Ward. Also discovered were the remains of columns that were connected to the East Gate. It is thought a major road to Dazaifu in ancient times started from there.

Before its discovery, Korokan was thought to have been in a different location. Kyushu University Faculty of Medicine Prof. Heijiro Nakayama was the person to theorize it was near Fukuoka Castle. The basis for his conjecture was the poems written by the people who stayed there. According to the scenery they described, the site had to be near the sea and the Fukuoka Castle on a small hill. The discovery of the site after his death vindicated his theory.
source : www.city.fukuoka.lg.jp 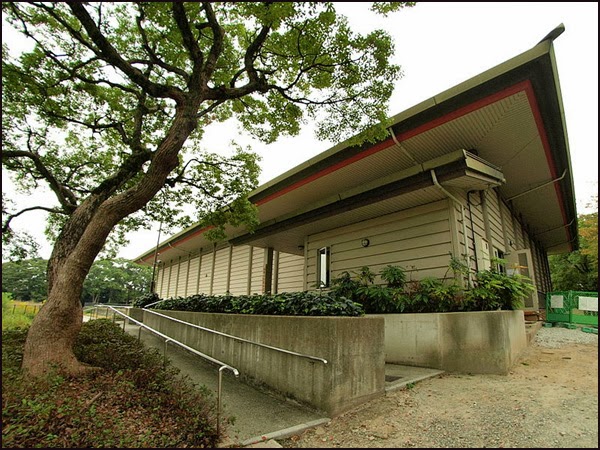