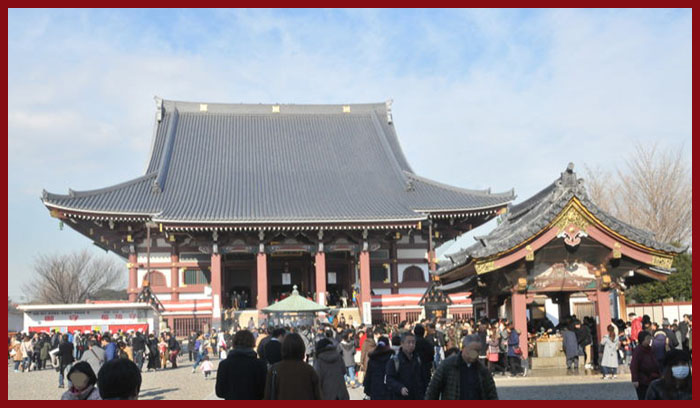 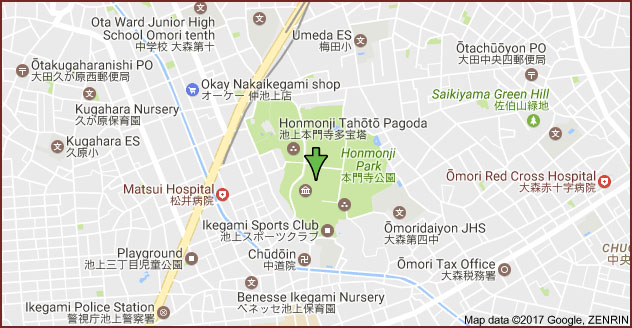 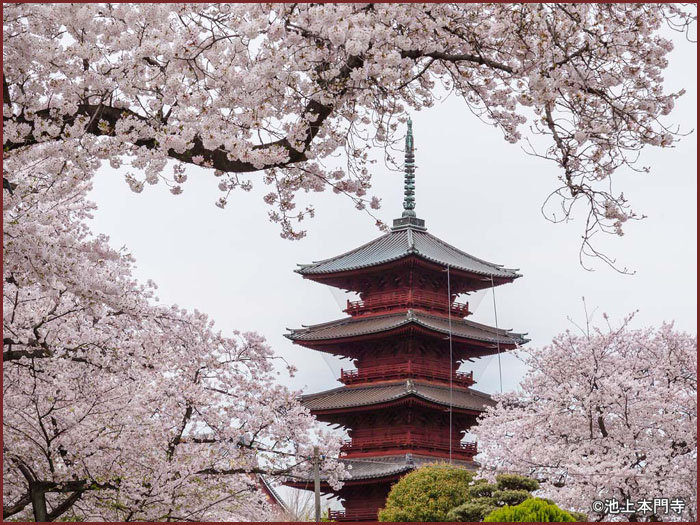 Ikegami Hommonji also has a five-storied pagoda.
Though there are many temples in Edo, only a few have pagodas, and the one at Ikegami Hommonji is one of the most magnificent. It originally served as a watchtower for the Hokke monks, who were able to scan the Tama valley for any signs that their enemies and persecutors were approaching. Nowadays, though, it is just another decoration in this rich and elaborate temple complex. Although there are many other large temples in Edo, the beautiful rural surroundings and delightful scenery of Ikegami Hommonji make it perhaps the most pleasant and refreshing place to go for a quiet moment of reflection and prayer.
- source : Edomatsu 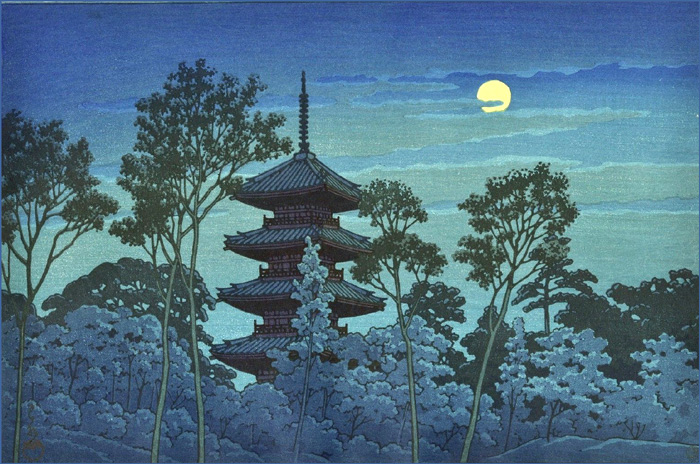 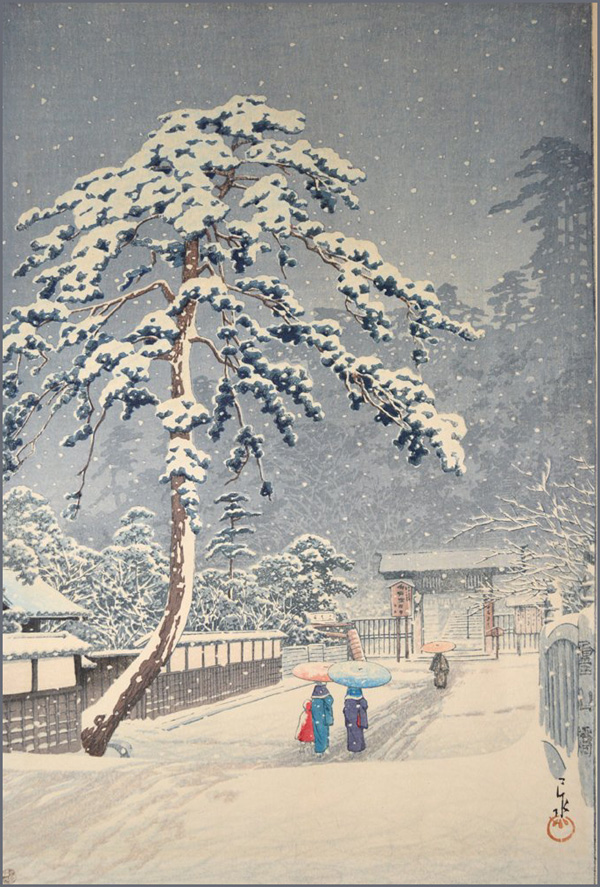 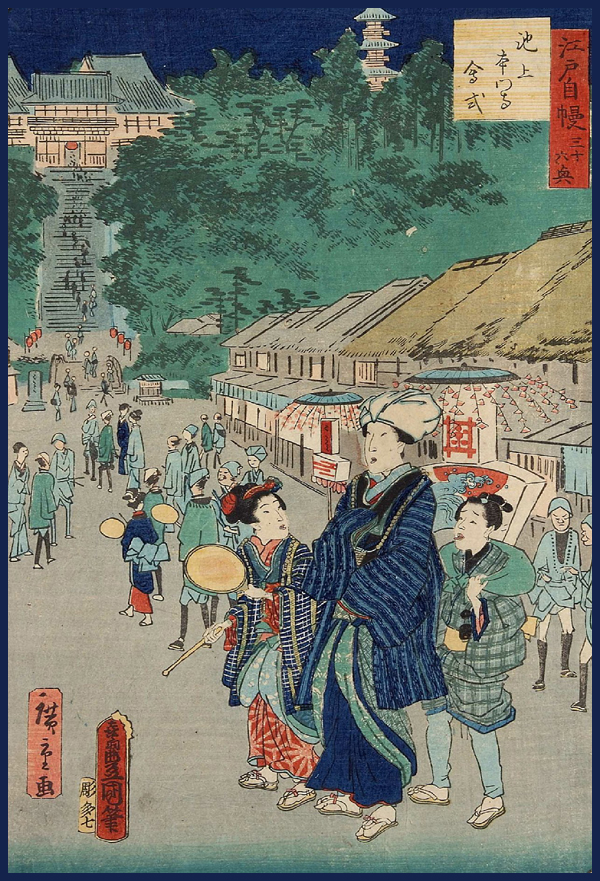 Eshiki refers to a Buddhist ceremony held in temples of the Nichiren Buddhism around October 13, the anniversary of The Venerable Nichiren's in commemoration of his virtue.
The Eshiki in Ikegami-Honmon-ji Temple is especially lavish, with many worshippers visiting as it was built in the place where The Venerable Nichiren spent the last days in his life.
- source : Tokyo Metropolitan Museum - 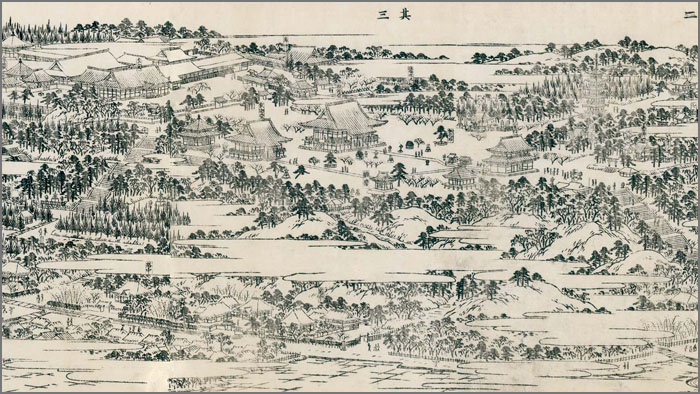 fukubato, fuku hato omamori 福鳩お守り amulet with auspicious dove
This amulet is only sold from the first day of the New Year until Setsubun in February. 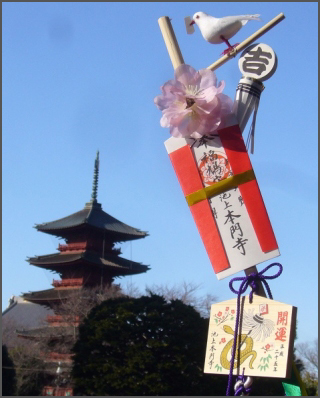 Once in summer there was a long period without rain in the Ikegami area and the farmers were worried about their fields and the crops. Then suddenly they saw a dove flying from Honmon-Ji to a rock and picking at it. When they dug below the rock suddenly clear water begun to flow - a new well was born. They could bring water to the fields and drink again. To show their gratefulness the temple begun to offer an amulet with this the auspicious dove. 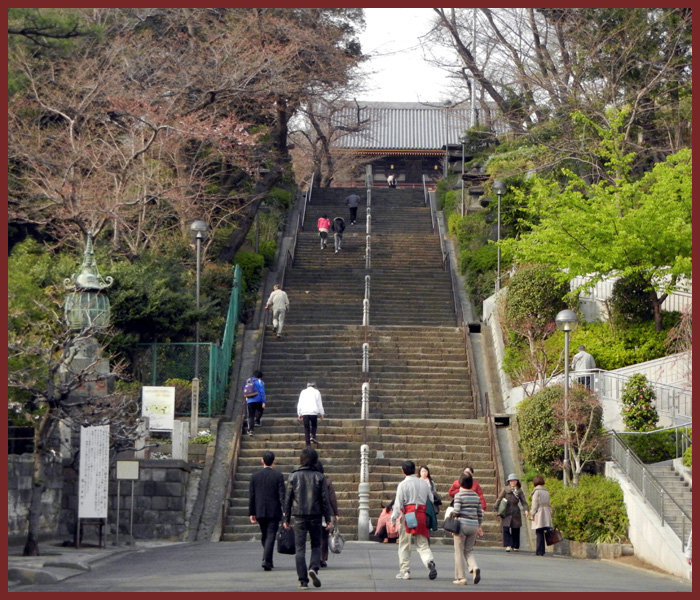 rain on the roses -
the slope in the back
of Honmon-Ji
Tr. Gabi Greve

temple Honmon-Ji -
down at the slope gathering
of light offerings 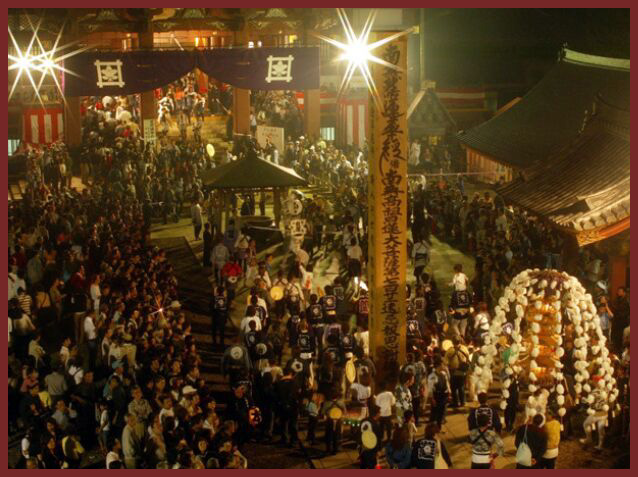