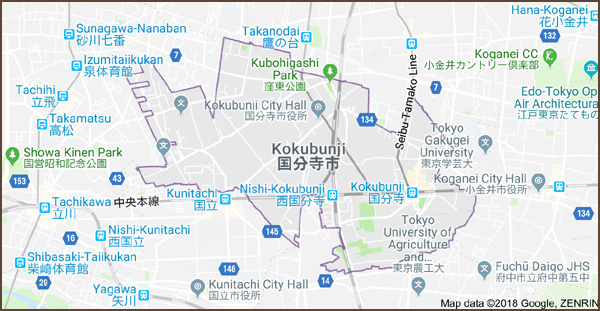 - quote
Kokubunji is a city located in the western portion of Tokyo Metropolis.
Kokubunji is located on the Musashino Terrace of western Tokyo, approximately in the geographic centre of Tokyo Metropolis.
- History
The area of present-day Kokubunji was part of ancient Musashi Province, and was the site of the Nara period Provincial temple of that province. In the post-Meiji Restoration reform of 1878, the area became part of Kita^Tama District in Kanagawa Prefecture. The village of Kokubunji was created on April 1, 1889 with the establishment of municipalities law. Kita-Tama District was transferred to the administrative control of Tokyo Metropolis on April 1, 1893. Kokubunji was elevated to town status in 1940, and to city status on November 3, 1964.
- source : wikipedia

It is located on a plain and has rich water supplies, including the river 野川 Nogawa from Higashikoigakubo, flowing into the river 摩川水 Tamagawa.
In the many ponds of old lived koi 鯉 carp fish, giving a name to the area, 鯉ヶ窪 "hollow with carp fish".

The city used to be a postal station along the Kamakura Kaido Highway with many red-light districts.

The name might also relate to a story around 1200.
This is the love story of Hatakeyama Shigetada and the courtesan 夙妻太夫 Asazuma Dayu. 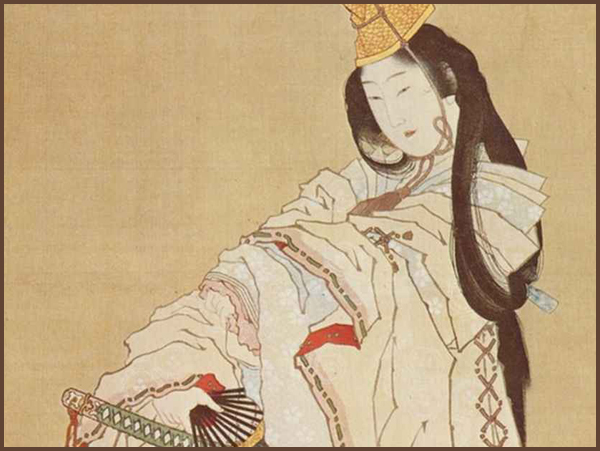 Shigetada was the lord of the land, but Asazuma was just a very beautiful prostitute of the village. Shigetada's main residence was in 埼玉県大里郡川本庁 Saitama and on his way to and from Kamakure he stopped here to see his beloved. Then Shigetada was ordered to go to Western Japan to fight. When he told Asazuma about his absence, she felt she would never see him again and was very sad. She begged him to take her with him. This was not possible so she remained here, crying all day long.
Another visitor fell in love with Asazuma, but she did not accept him as her lover. 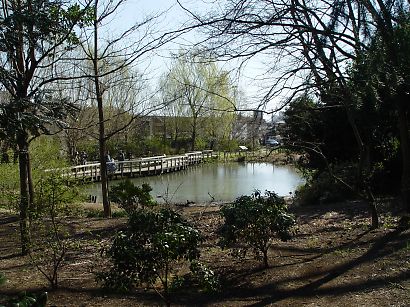 When she heard of the death of Shigetada, she was overcome with grief and threw herself into the pond 姿見の池 Sugatami no Ike.
She was buried near the pond and a pine tree grew near her grave. This tree stretched all its branches to the West, as if to find her lover far away. The pine needles had 一葉 only one needle, an expression of her singular love for Shigetada.
The pond has been filled in 1965, but was reopened in 1998, now called 遊水地 Yusuichi.
- You might have guessed, Shigetada had not died at all and eventually came back. When he learned the fate of Asazuma, he grieved and built a small temple for her, named 無量山道成寺 Dojo-Ji. He had a statue of Amida Nyorai made and prayed there every day.

- quote -
Koigakubo, Amida-dō hall, Keisei-ga-matsu, Gozu-tennō Shrine
Koigakubo thrived since ancient times as an inn post on the highway which links the Tōhoku and Hokuriku Regions to Kyoto and Kamakura. Sugatami-no-Ike pond was a place around here where a prostitute named Asazuma Dayū drowned herself overwhelmed by her sorrow when she heard the news that Hatakeyama Shigetada, a warlord who loved her dearly, had been killed in a battle.
The pine tree of matchless beauty is a burial mound for Asazuma and Amida-dō hall is said to have been built for Shigetada who died in the war and there remained many historic spots related to Shigetada and Asazuma in Koigakubo. 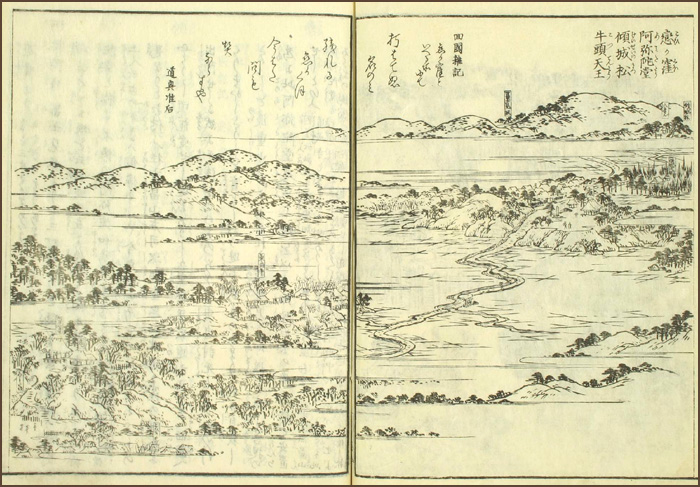 . Hatakeyama Shigetada (畠山重忠, 1164–1205) .
Originally fighting for the Taira clan, he switched sides for the battle of Dan-no-ura, and ended the war on the winning side.

Koigakubo Station is a railway station in Kokubunji, Tokyo. It is operated by the private railway operator Seibu Railway. It was opened on 10 February 1955. 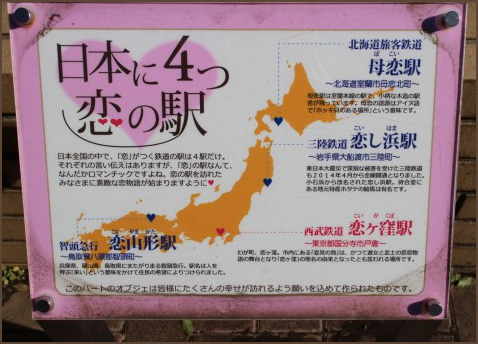 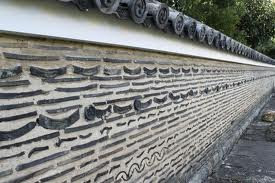 Email ThisBlogThis!Share to TwitterShare to FacebookShare to Pinterest
Labels: - - - Places and power spots, - - - Temples of Edo